A frequent question seen in many travel forums is something like “My company has locations in both Seattle and Portland. Which city should I move to?”

The real answer to this question is very subjective depending on the person, but here is my take on comparing the two cities.

I live in Portland because that’s where my work is, but I’d have a hard time saying one city is better then the other. I still end up in Seattle several times a year visiting friends or hitting up new restaurants I heard about.

Seattle has a bit more to do for tourists, while Portland’s tourist attractions are cheaper and a bit less traditional. 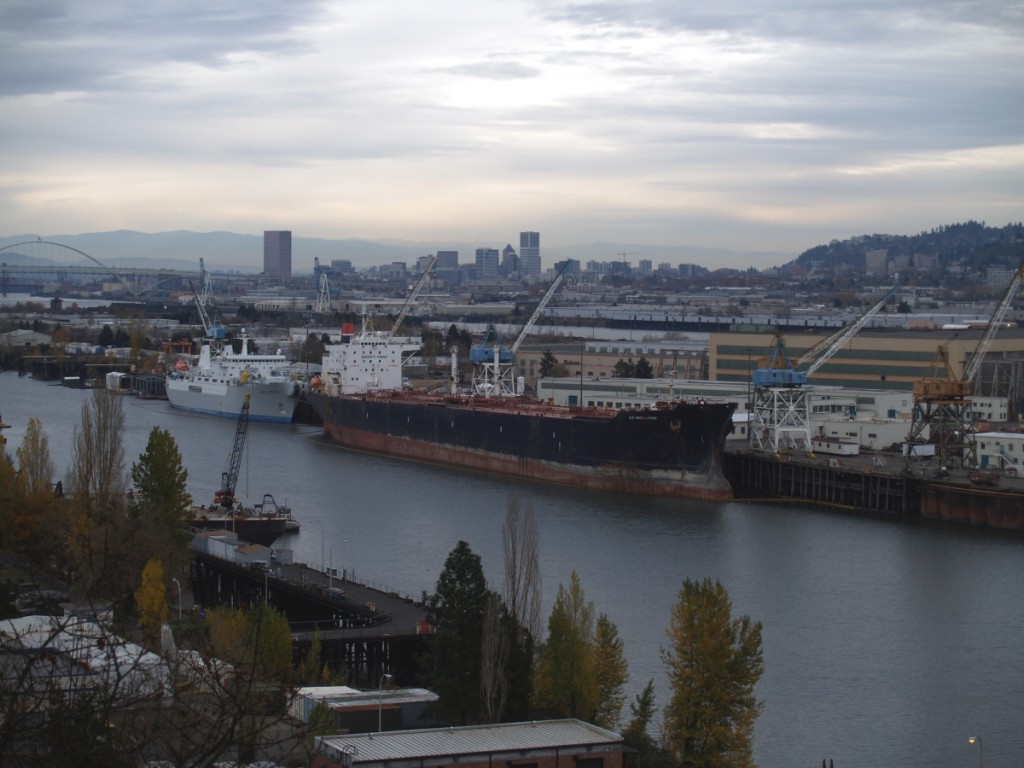 Some of the ship repair activity at Swan Island, Portland.

Portland has a slightly better food scene – Because it’s easy to get a great meal on several streets by randomly picking a place, and the huge variety in Food Carts. You can warm up with Thai Street food, then wander down the block for some great BBQ, finishing off with fresh made organic ice cream across the street before wandering over to a bar to grab a local microbrew while listening to a lecture on history or an up and coming band.

Whereas Seattle can be much more hit or miss on food quality and needs a bit of help from Yelp or Urban Spoon to choose a new foodie destination. While Seattle has just as many great dining establishments what is available is pretty spread out compared to Portland.

Both cities are beautiful, although I think Portland is better on a ground level. More public art, more things to see in cool bridges, interesting buildings, and gorgeous parks. Seattle on the other hand has awesome vistas that poetry could be written about. Portland has less hills to contend with though, while Seattle has the advantage of being on the Sound and near several large lakes. 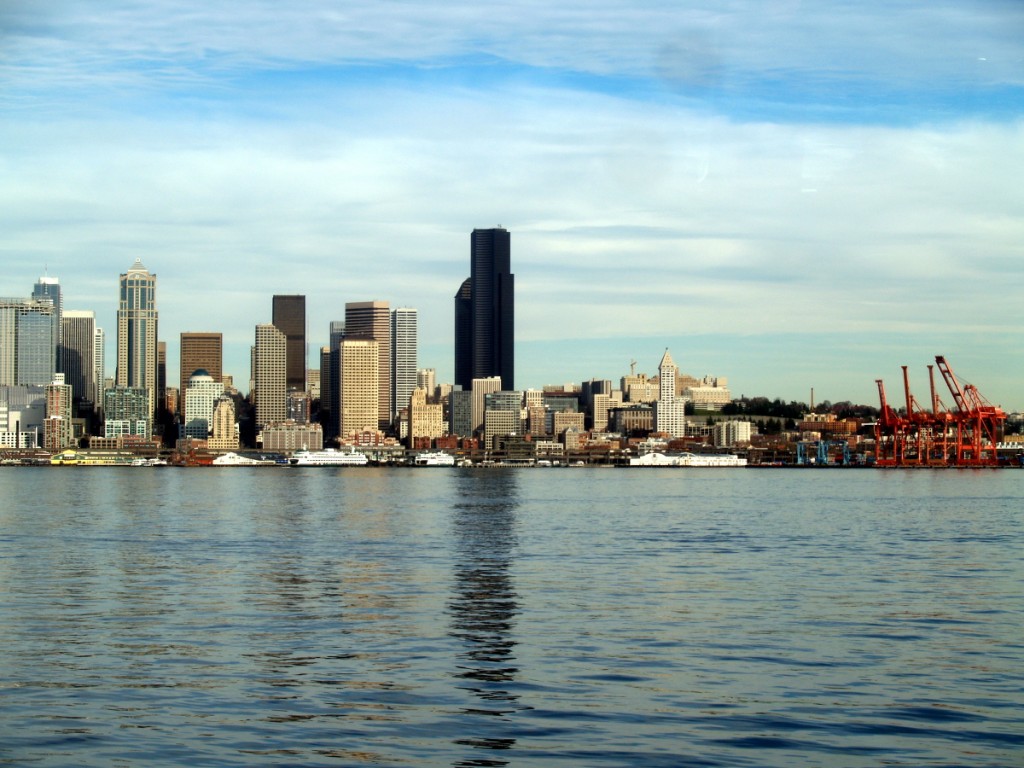 Seattle has some huge festivals, but fewer neighborhood parties and MUCH fewer spur of the moment spontaneous illegal taking over of public streets for parties, festivals, Third Thursday events, etc. It looks like Seattle has borrowed Portland’s idea of shutting down entire neighborhoods and opening the streets to bike and pedestrian access only though.

Portland has Seattle beat in the area of micro brews. I have never seen a Seattle Beer on the East Coast for instance, yet run across Portland brews all the time. Both are about equal in the distillery business, I certainly have my favorites in both cities.

On the Job front, Seattle does win hands down. Portland has a larger percentage of people who are only looking for part time jobs or who have alternative legal means to make cash. This goes back to my comment on Seattle being more professional. But it can be countered that Portland is much less about how much money you make and focuses on the quality of life more.

Portland is where bands become known before they move to Seattle to become big. Portland Music scene seems more experimental and ground breaking, where as Seattle’s is more likely to allow the band members to do it full time.

Portland has easier access to the Coast, where it can be argued Seattle doesn’t need that access. Seattle has Vancouver BC for those weekend trips, and Portland ignores Vancouver. Portland has direct access to the Columbia River Gorge, while Seattle only has a single water fall and a few view points as you go over the Mountains.

While I have never lived in Seattle full time, I have spent a significant amount of time over the past twenty years to feel that my comparisons are fair and balanced. Of course they’re somewhat subjective and I’m sure that many others will disagree with me on several points. What do you think? What makes Seattle better then Portland? Or what makes Portland better then Seattle?