Directions: In Portland, take the Scholls Ferry exit off of I-217. Head west for 5.3 miles. The Kinton School house will be on the right.

Lewis L. McArthur says in Oregon Geographic Names “Kinton is a place on the Scholls Ferry Road south of Cooper Mountain. It was named for Peter Kindt, who took up a donation land claim nearby in pioneer days. For information about Kindt and Kinton, see the Hillsboro Argu, Jan. 21, 1932.” Unfortunately this issue of the Argus is missing from the Hillsboro Library system, and the online newspaper archival sites end two decades before. 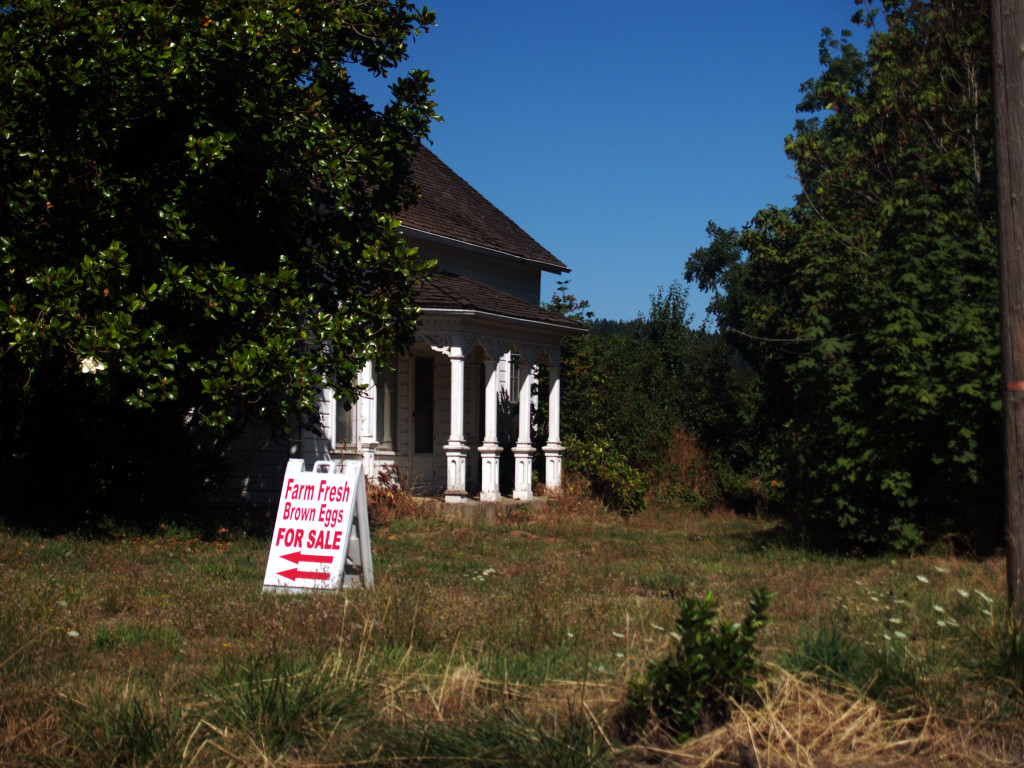 Mr. Kindt seem to have been well thought of. His obituary in the Hillsboro Argus is longer then most, detailing his life and marriage to Phebe Davies, and their trip across the Oregon Trail via covered wagon. The couple arrived in Oregon on August 28, 1853 after “only” a four month trip across the United States. They took up a 320 acre land claim and both lived there until their respective deaths. Peter Kindt died unexpectedly from pneumonia on March 29, 1897 and his wife died June 28th, 1911. During that time the newspaper is filled with news of Mr. Kindt’s service as a juror, but over all he seemed to have lived a fairly quite life as a farmer.

Other then that, the Hillsboro Argus Archives are filled with normal news stories for a small town. Reports of deaths (all natural causes,) a few civic items such as the crowing of the Queen for a harvest festival, and news of comings and goings of residents. 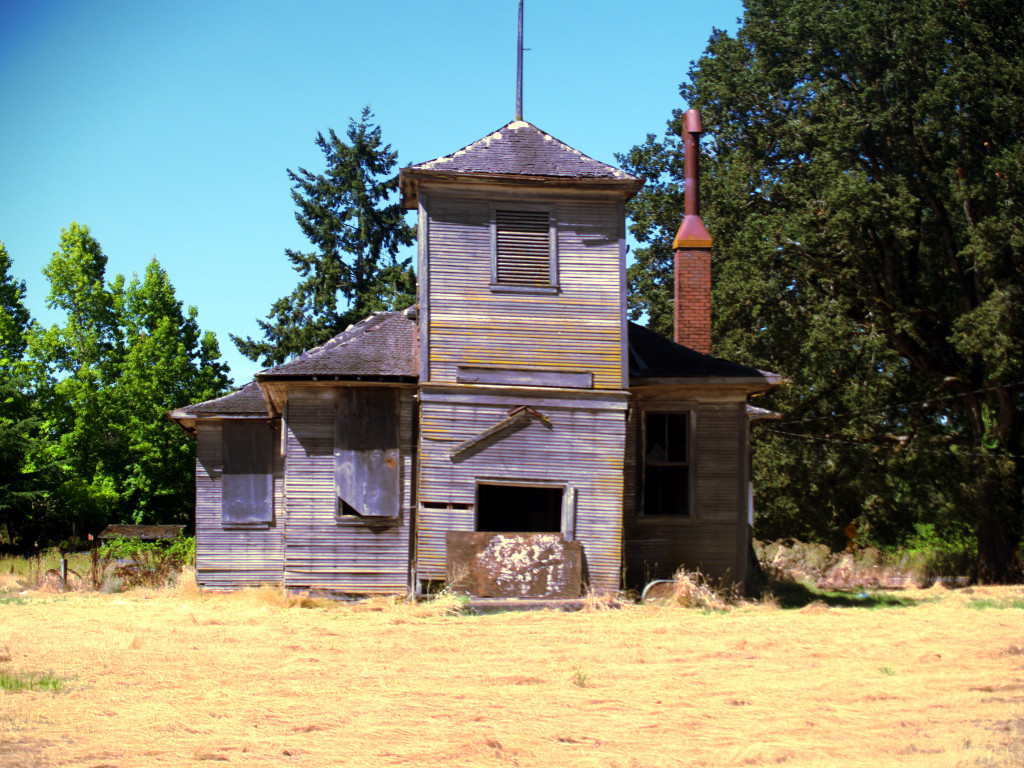 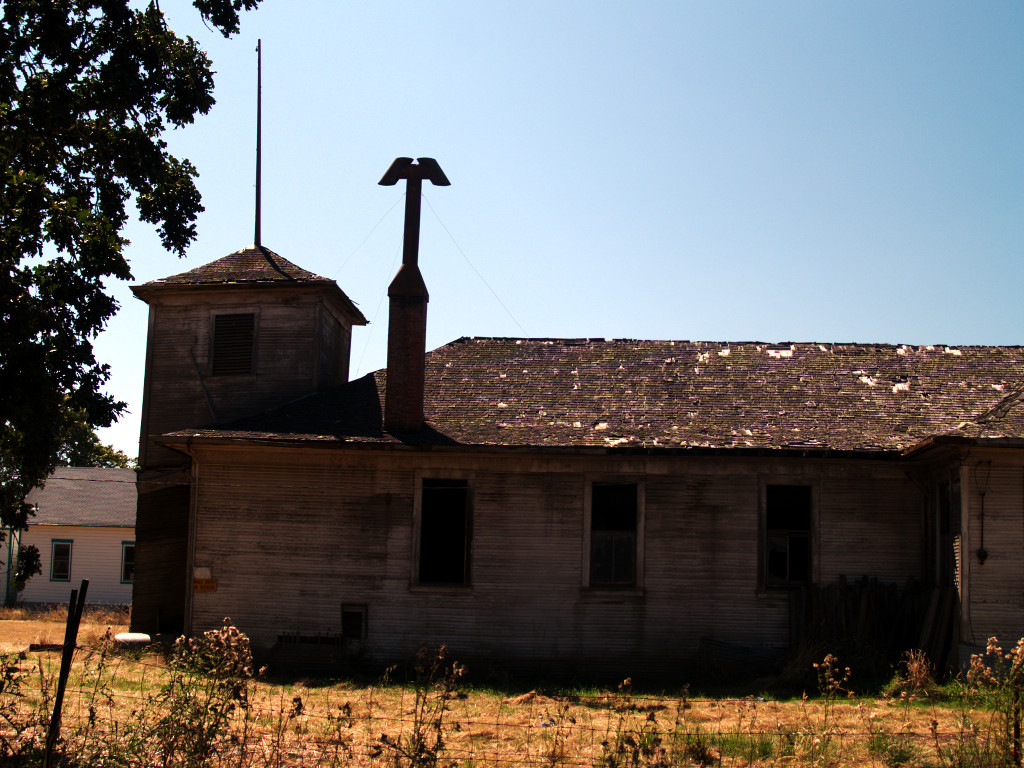 Today, Kinton is bypassed by traffic, but remains a small tight-knit community. A community hall near the old school house supports the communities civic needs. Several farmers have small farm stands to sell the fruits of their labors. And more recently, Scholls Ferry Road is being widened, at least in the vicinity of the school house.

Please comment below if you know anything more about Kinton Oregon