Cape Meares is one of the multitude of State Parks along Oregon’s Coast. It’s accessed via Bayocean Road, which is west of Tillamook Oregon and circles through the town of Netarts around the south side of Tillamook Bay. Among the park’s major attractions is the largest nesting colony of Common Murre. During nesting season the overlooks are full of photographers and bird watchers.

One of the other features of the park is the historic Cape Meares Lighthouse. 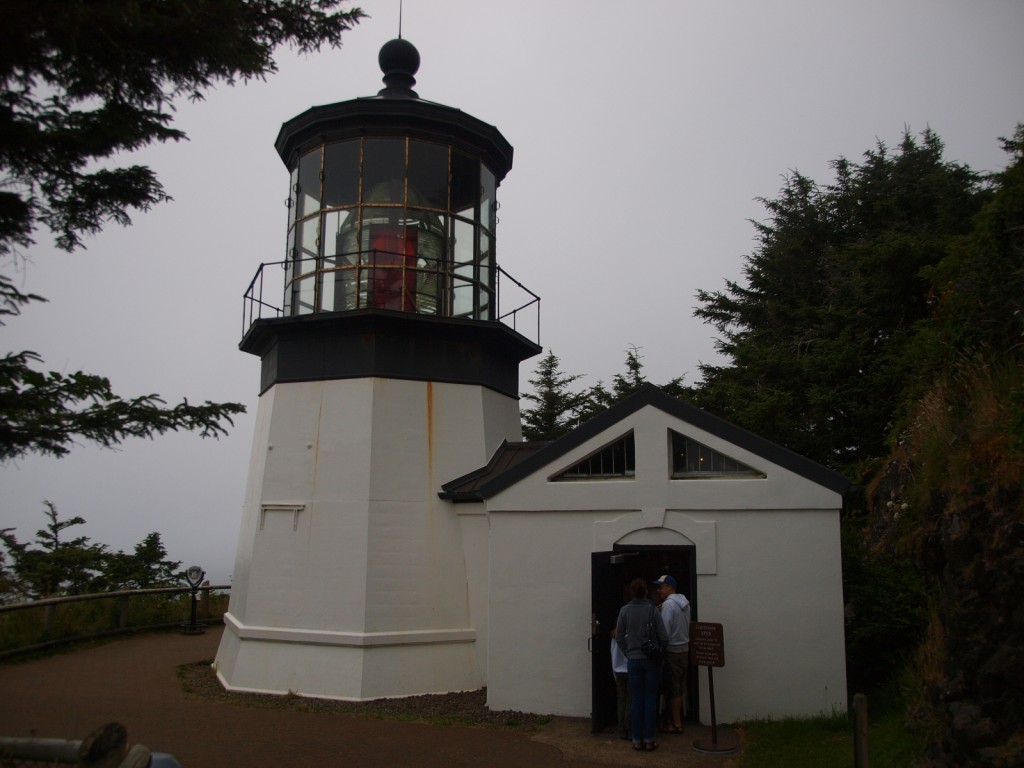 Construction of the light house began in 1888, allowing the light to be lit for the first time on January 1, 1890. It was upgraded to electricity in 1934, finally replaced with an automated beacon in 1963. Decommissioned, the Lighthouse saw extensive vandalism until it was reopened to the public in 1980.

Nearby is one of Oregon’s Heritage Trees, the so called “Octopus Tree.” First recognized by Samuel H. Boardman as an Indian Ceremonial Tree. It was trained into position over time by bending the branches downwards. 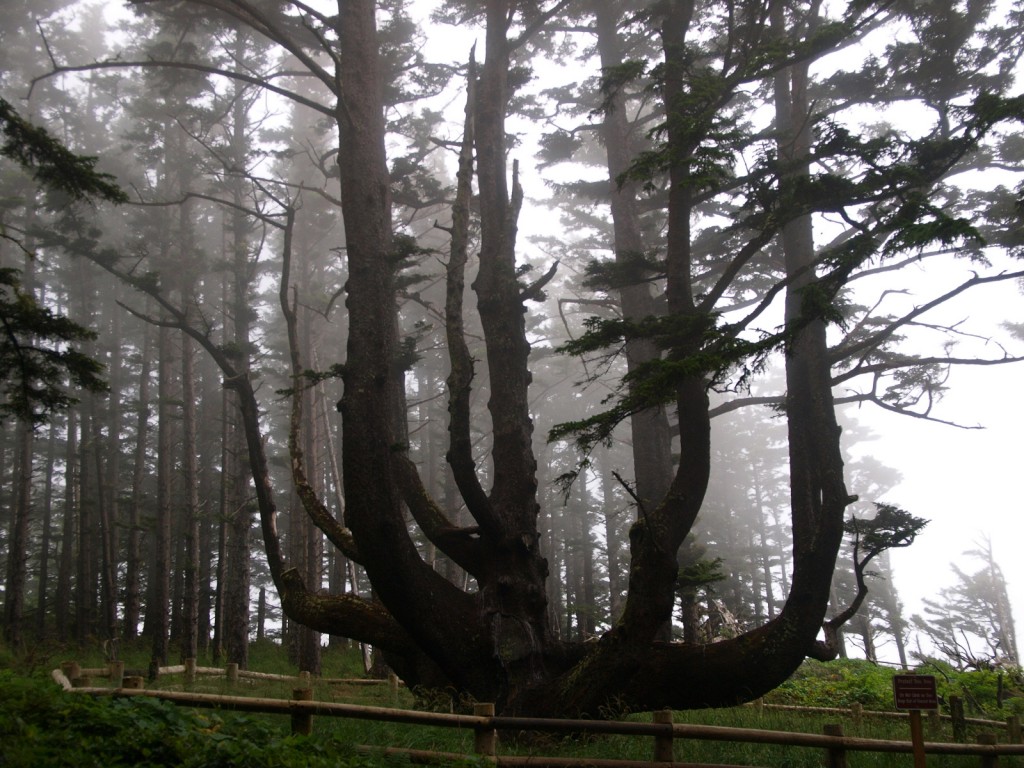 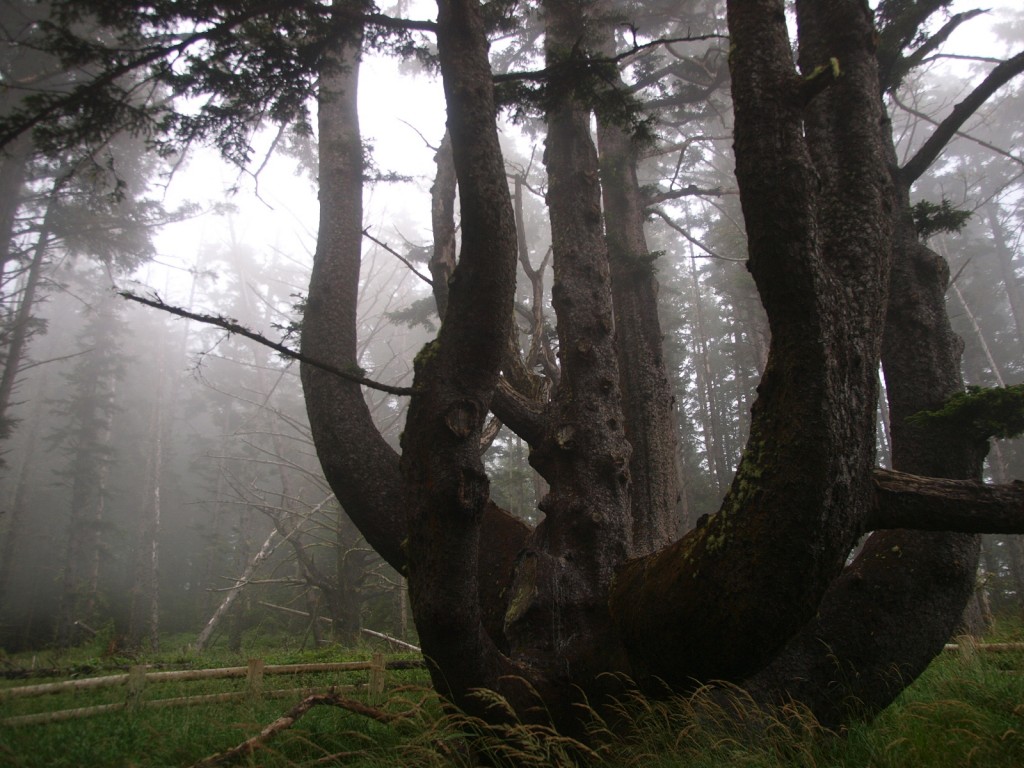 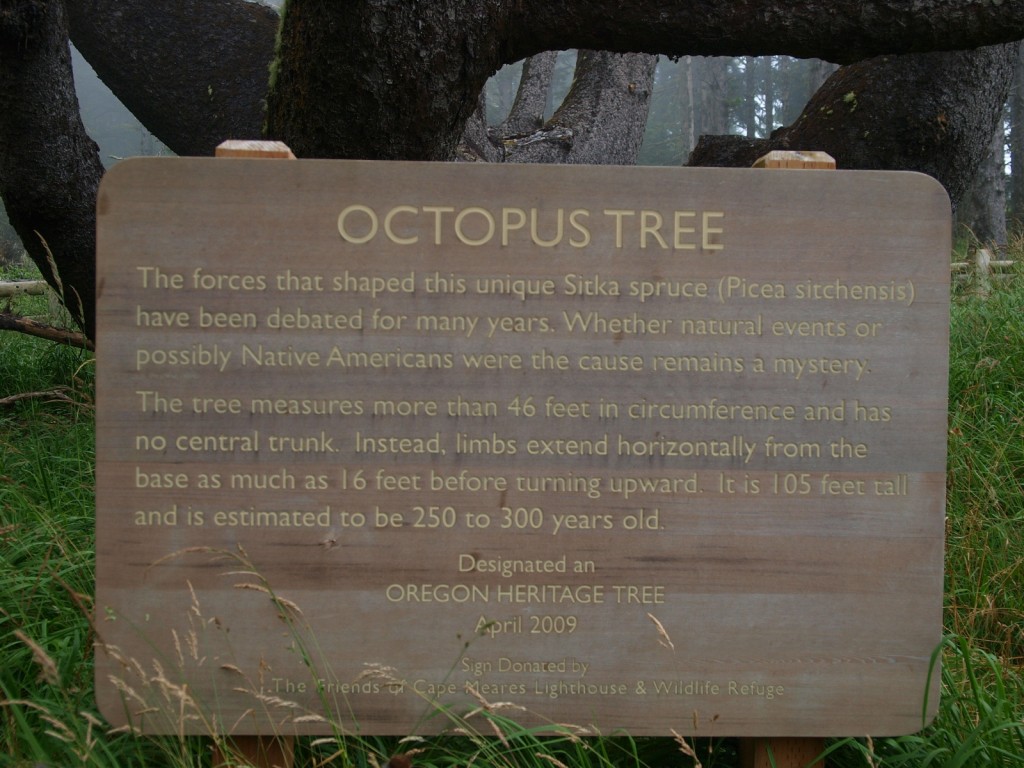 The sign says: “The forces that shaped this unique Sitka Spruce (Picea sitchensis) have been debated for may years. Whether natural events or possibly Native Americans were the cause remains a mystery.”

“The tree measures more than 46 feet in circumference and has no central trunk. Instead, limbs extend horizontally from the base as much as 16 feet before turning upward. It is 105 feet tall and is estimated to be 250 to 300 years old.”

The exact details of the discrepancy in the origins of the tree are unclear, multiple sources state that it’s an Indian Council Tree, while none I can find state otherwise.

The nice thing about this drive is that even on nice summer days, it’s relatively quiet. Add in the multiple places to stop for pictures or to walk on the beach, along with the number of things to do and it’s a highly recommended drive for anyone.