Tumwater Falls in Olympia Washington is an extremely underrated stop along I-5. Most people know of the old Olympia Brewing Companies’ empty brewery building that sits forlorn along the highway. Still others know of the older historic brewery building that is barely visible from the highway through the trees as I-5 curves around the Deschutes River and over Capitol Lake as it passes between the state capital of Olympia and the lesser known town of Tumwater.

Unfortunately very little points to the park as a destination. And so for many people, it’s just a stop with a couple of buildings and some trees. 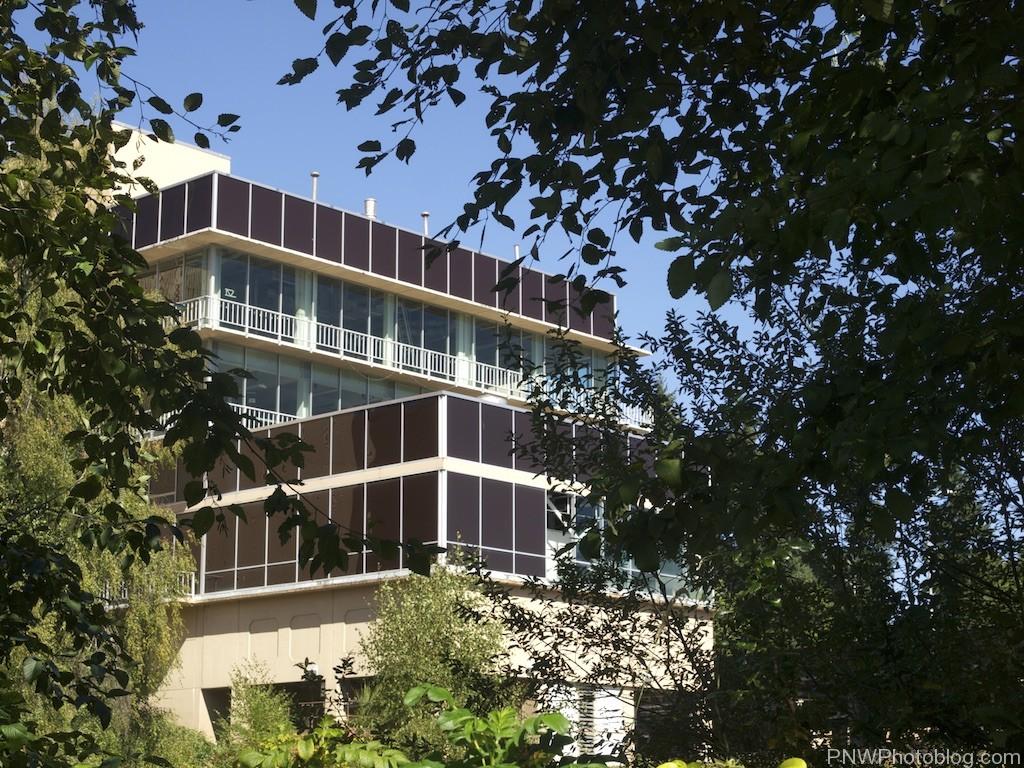 The City of Tumwater was the first white settlement on Puget Sound. Michael T. Simmons led a party of 31 people north of the Columbia River to this point. They cut a wagon trail north from the Columbia River to this location. The party came north because one of the members was a mulatto man named George Bush. Oregon Territorial Las prohibited mulattos from living in the territory, but it was not enforced so far north. 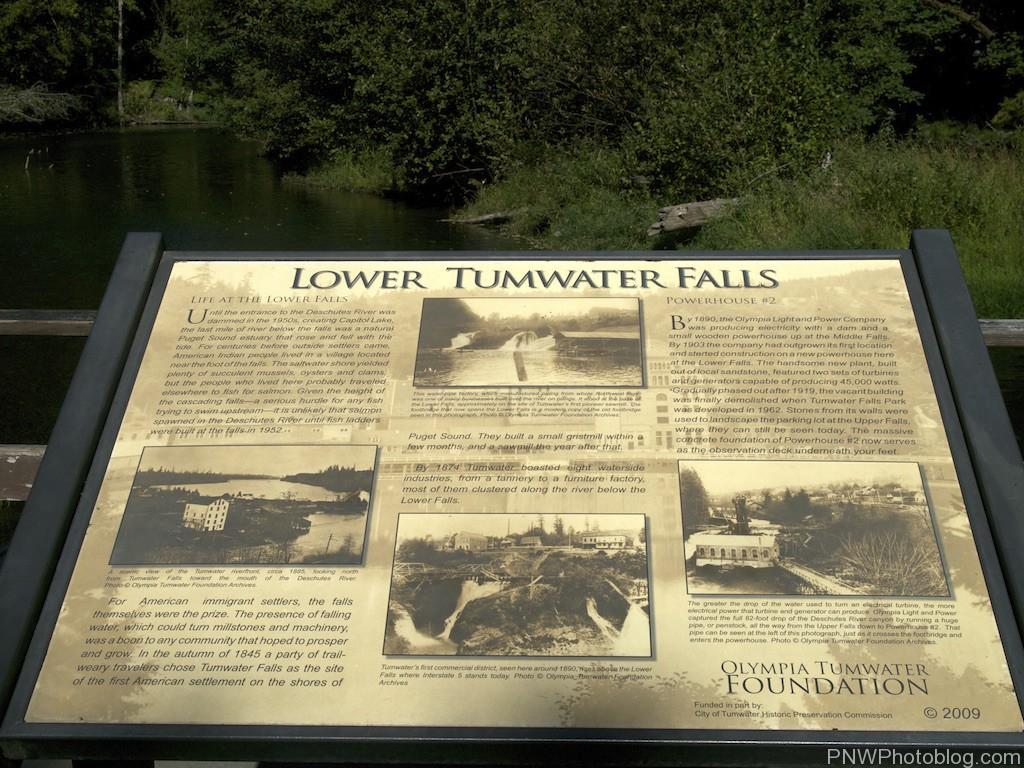 This wagon trail opened up the Puget Sound to settlement and the new town, New Market, acted as a supply depot and debarkation point for settlers across the region much like Oregon City acted for the state of Oregon. A grist mill was quickly built and a year later a sawmill. The name did not last long though, by 1863 the town was known as ‘Tumwater’ from Chinook Jargon for “waterfall.”

The Deschutes River with all three falls became a hub for a variety of industries from furniture mills to grist mills, saw mills, and eventually dams to produce power for commercial and residential needs throughout the area. 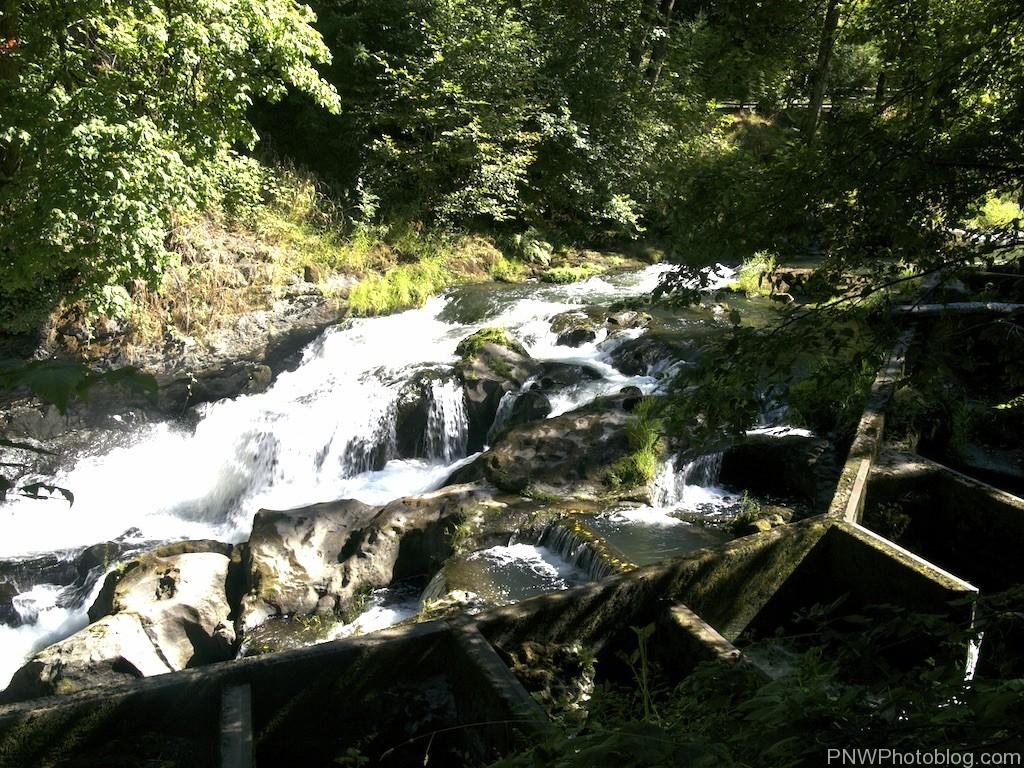 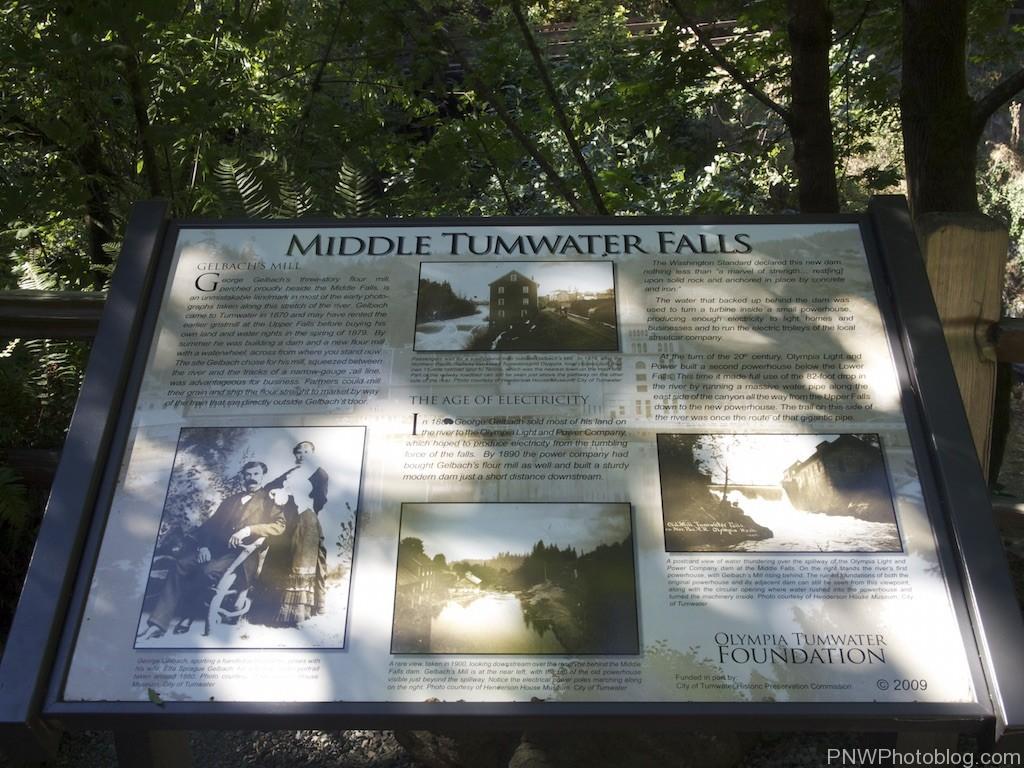 The most famous of these industries was the Capital Brewing Company, later the Olympia Brewing Company. Brewer Leopold F. Schmidt visited the Washington State Capital in Olympia in the Summer of 1895 as part of the Montana State Capital Commission to Washington. He and his brother Louis heard rumors of the artesian wells at Tumwater and toured them. The Daily Olympian reports on September 18, 1895 that they had purchased the property.

The new brewery was in business in 1896, just in time to capitalize on the Alaskan Gold Rush. His beer was so good and highly regarded that it cost twice as much as other beers along the west coast. A new brewery building was built in 1906. Amazingly, this build still stands today and is a picturesque site despite having been closed as a brewery in 1916 with the passing of Prohibition in Washington State. 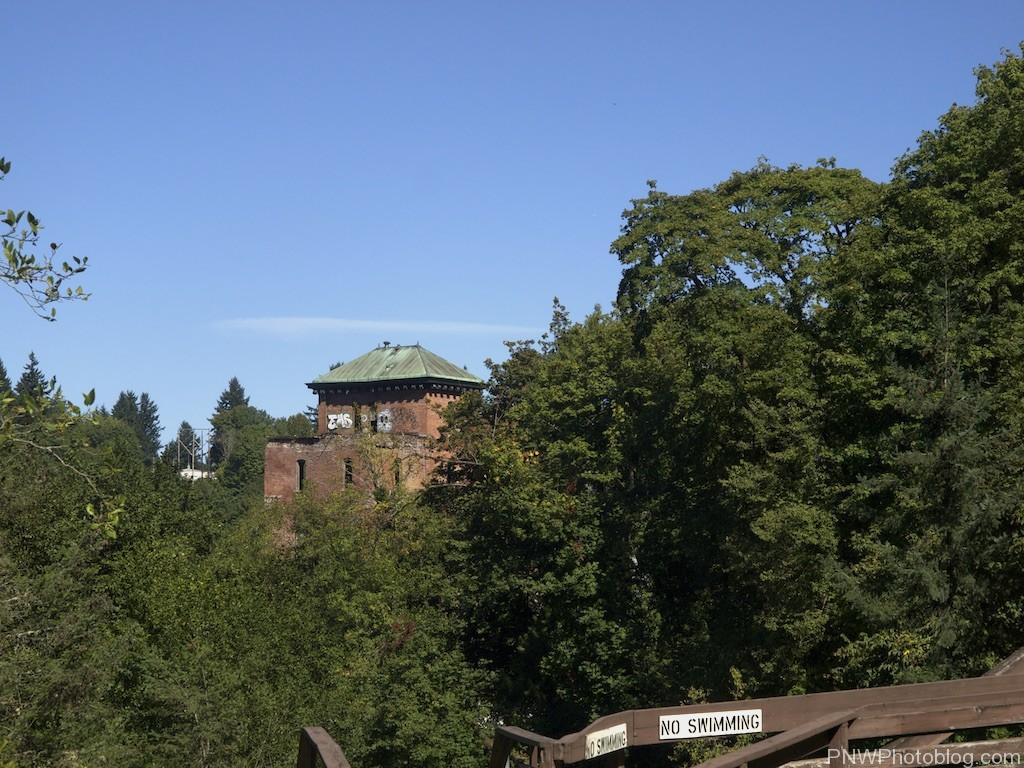 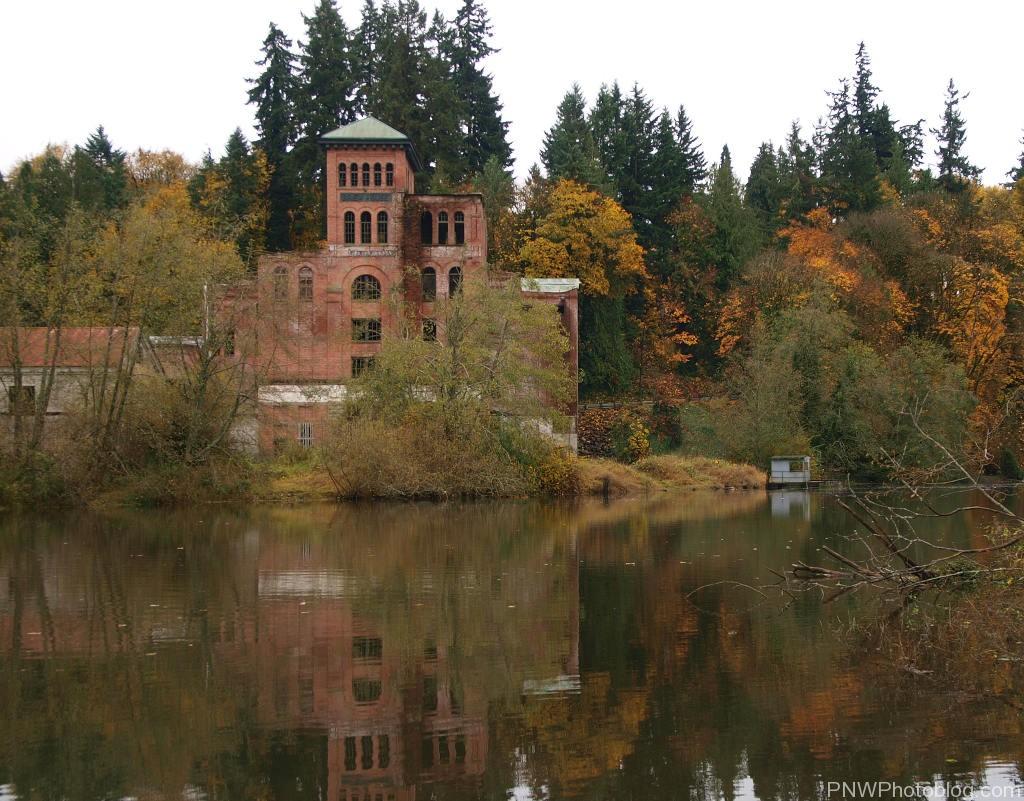 Even now, the water is still amazing

When Prohibition was repealed in April of 1933, the Schmidt family opened a new, updated brewery on the property. They ran the brewery until 1983 when it was purchased by corporate interests. The building was finally closed in 2003, but as of late 2014 sounds like it might be redeveloped into a multi-use property. Including a brewery and brew pub. 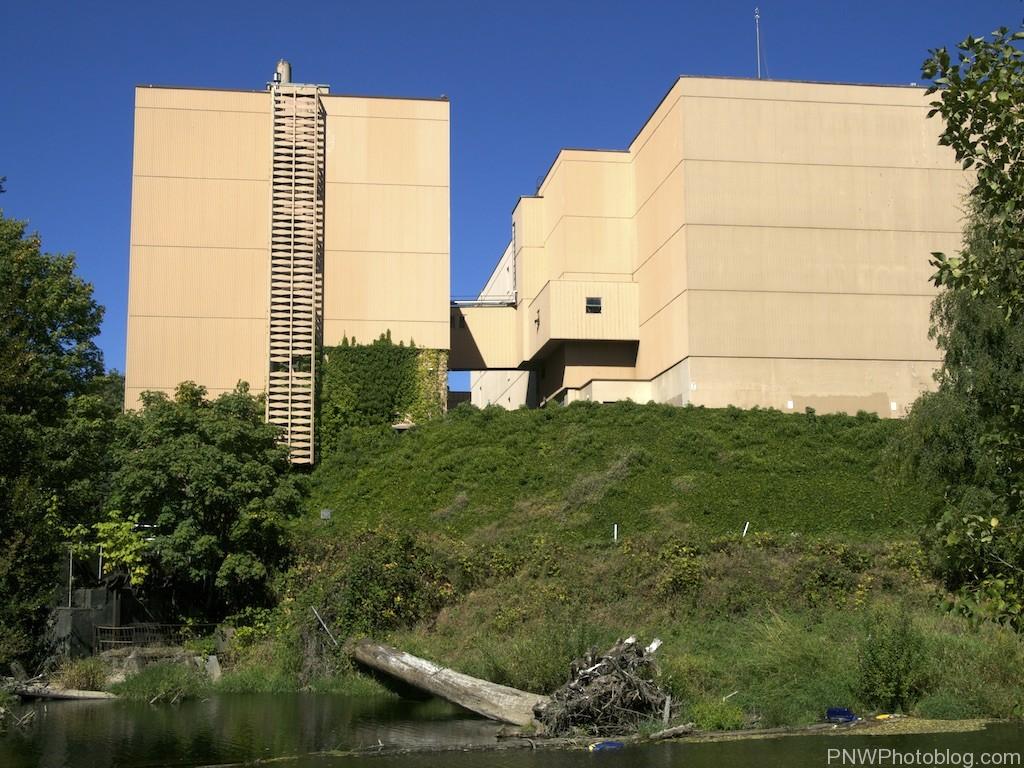 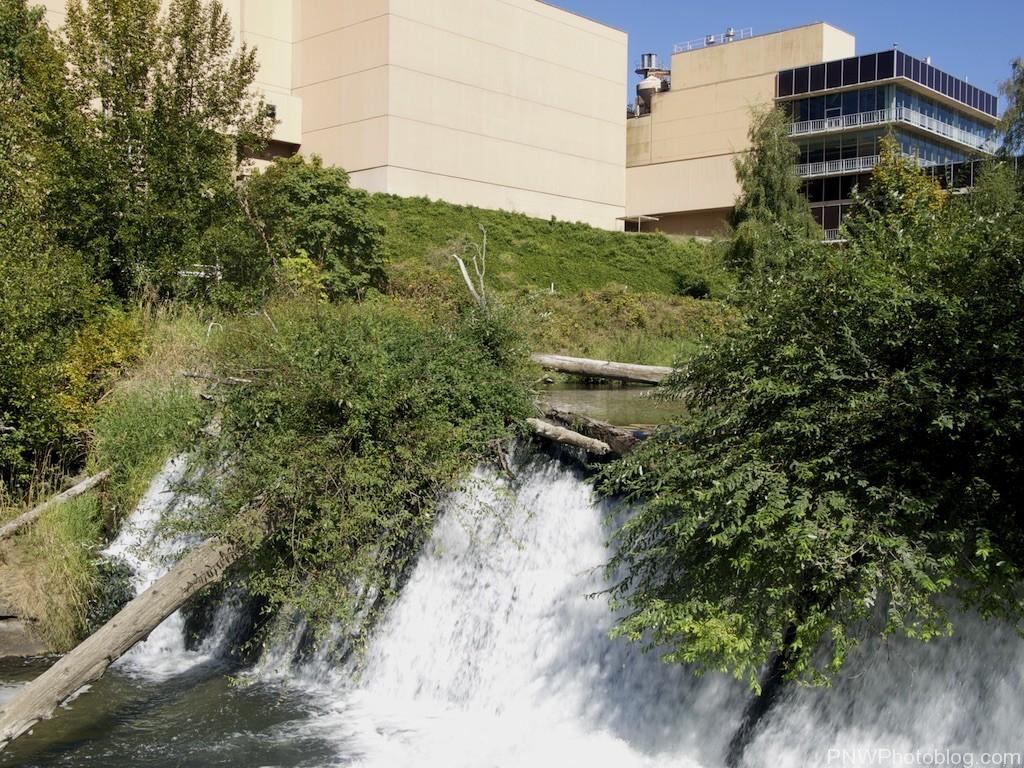 the view from the brewery 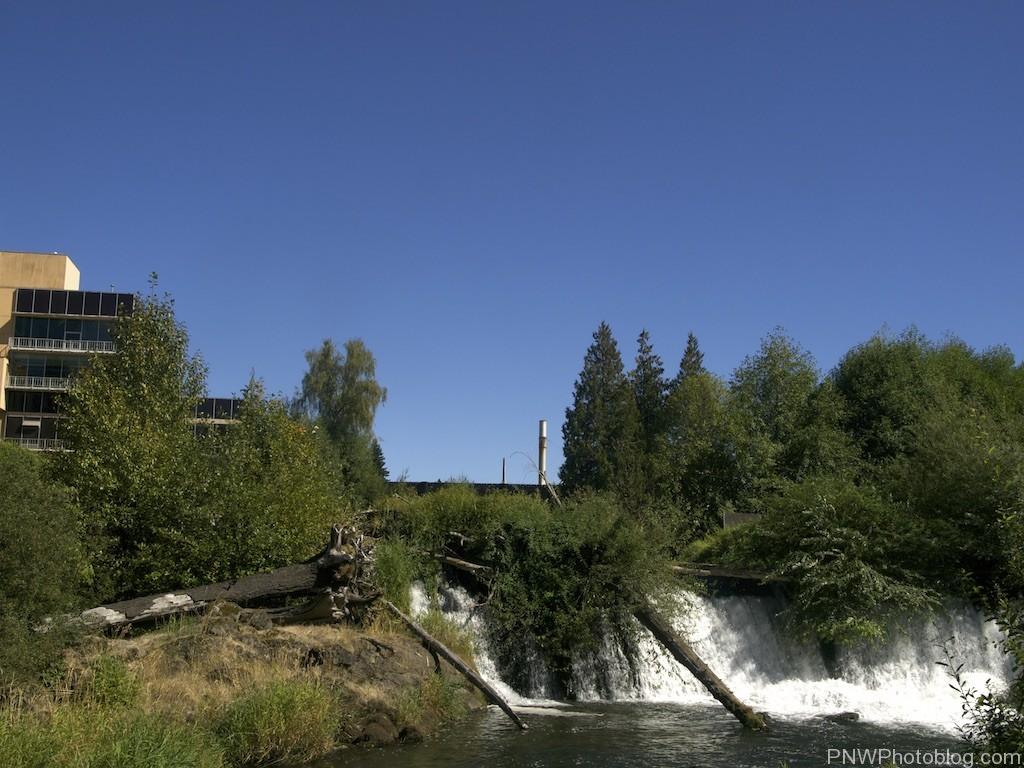 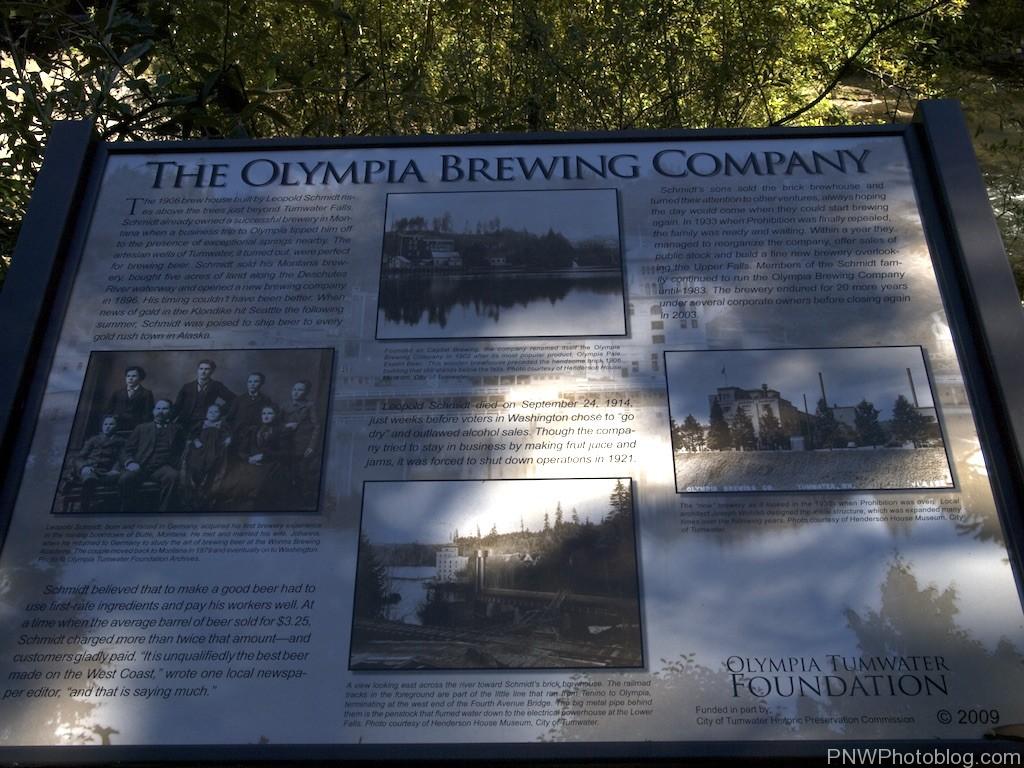 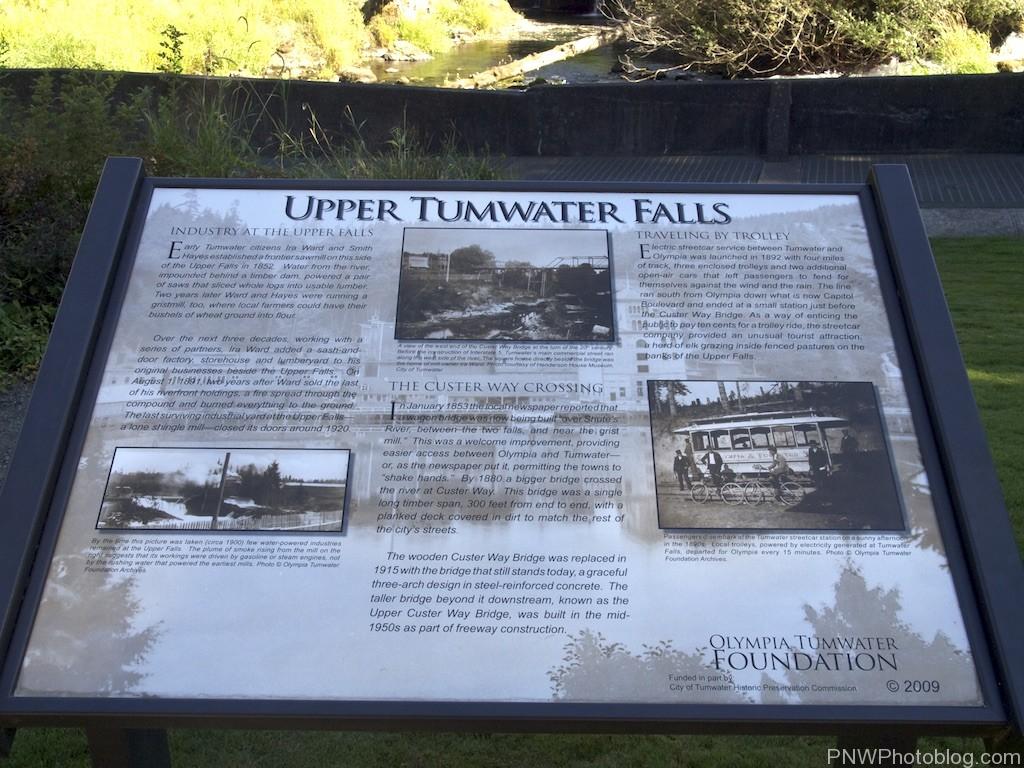 Two parks now showcase Capitol Lake, the Deschutes River, all three falls, a fish hatchery, and both Brewery Buildings. The Interpretive Park is maintained by the city and has two historic houses up at the main road.

But the gem is the Tumwater Historical Park built in 1962 by the Olympia Tumwater Foundation. The fifteen acre park spans all three waterfalls. An easy half mile trail follows both sides of the river, crossing it twice over two gorgeous bridges. In addition to a large selection of native shrubs the park, a fish hatchery helps bring salmon to the river. Multiple native species also call the park home. 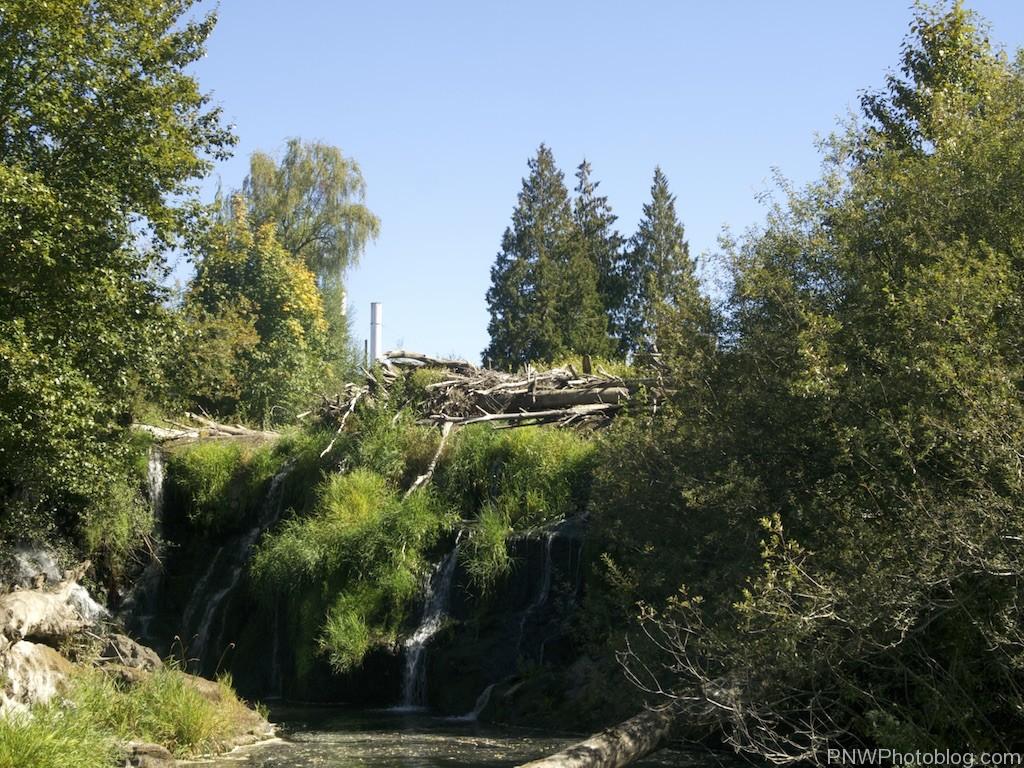 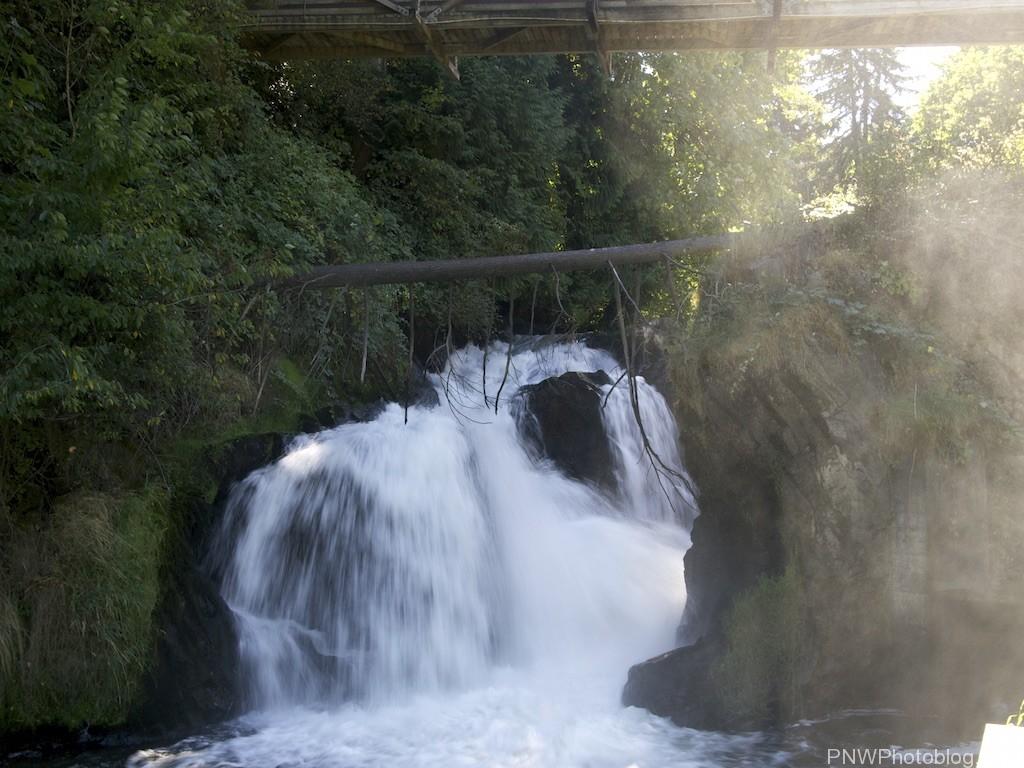 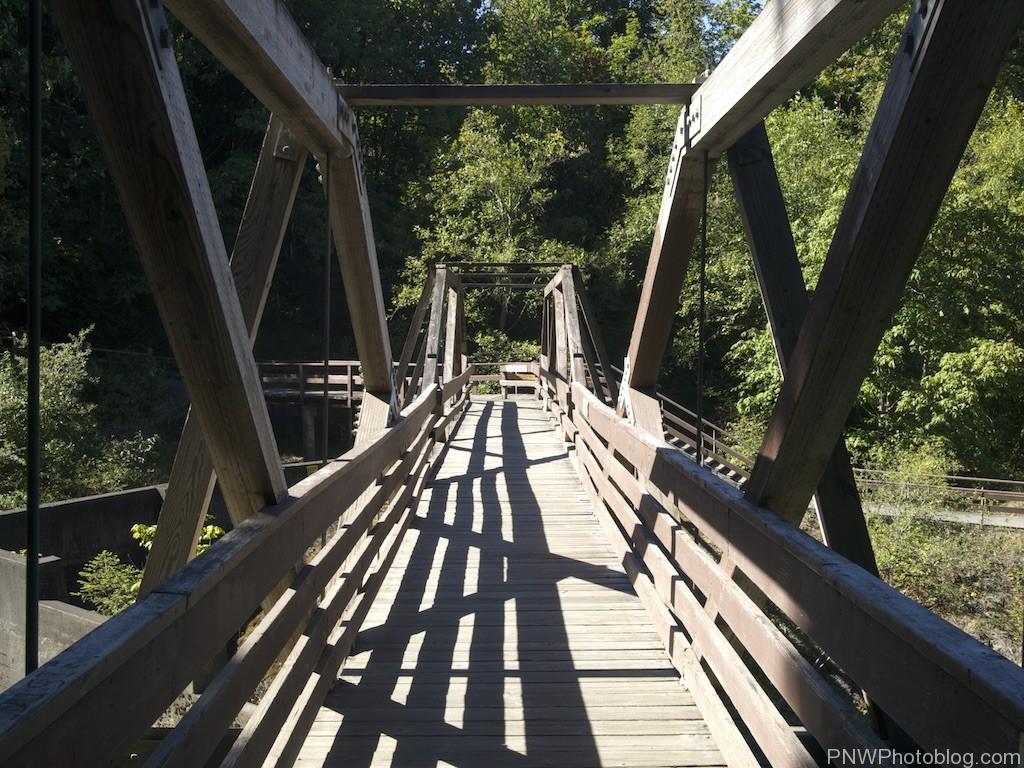 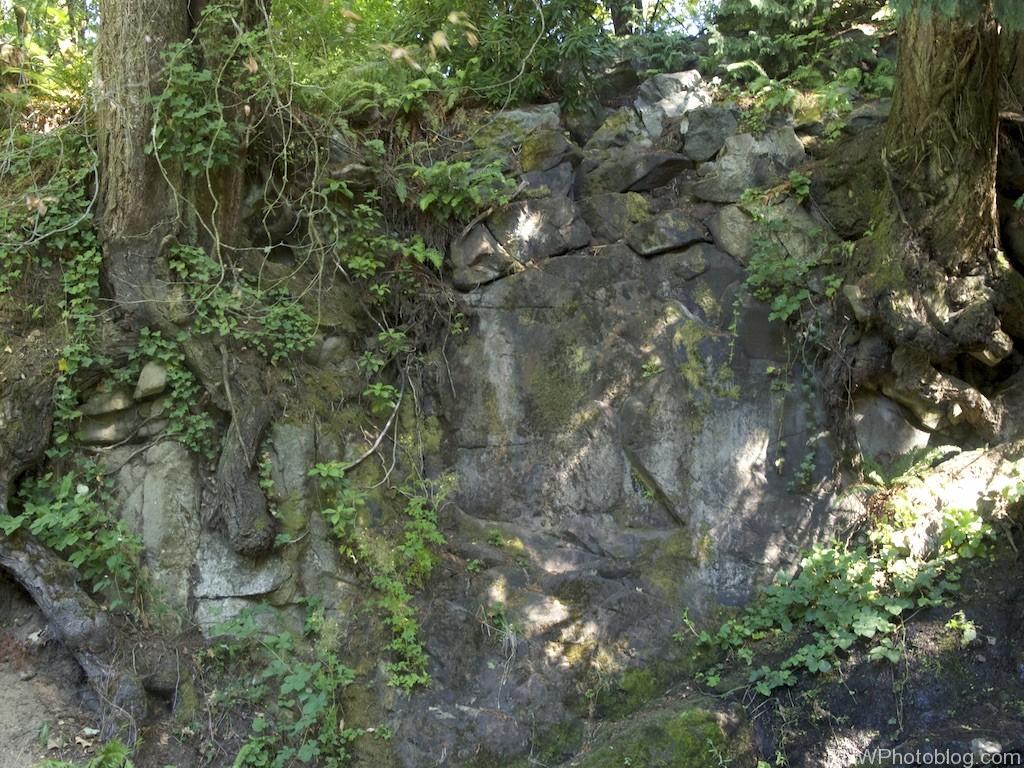 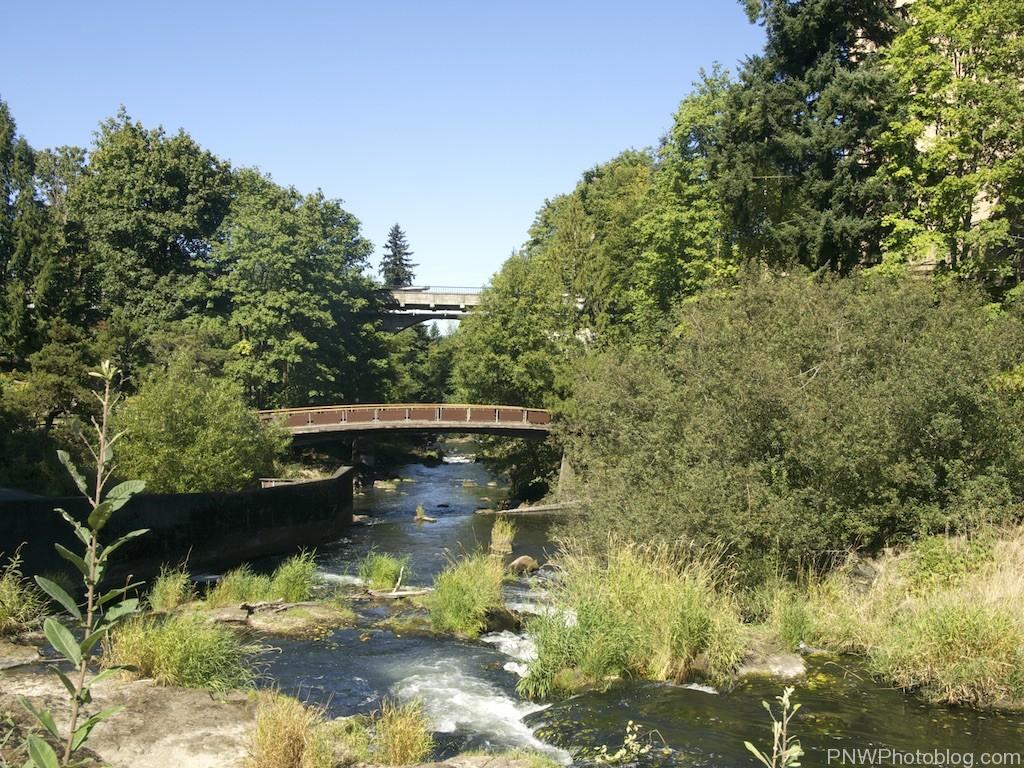