A post office was established February 21st, 1898 and closed December 15th, 1919. Idona A. Pulley was the first post master. But, Oregon Geographic Names says that the office was named for the President of the Bridal Veil Lumber Company, Loren C. Palmer. Oregon Post Offices 1847-1982 says that it was named for the family of the second Postmaster, Bertha Palmer. I’d be interested to know if Loren C. Palmer and Bertha Palmer were related. 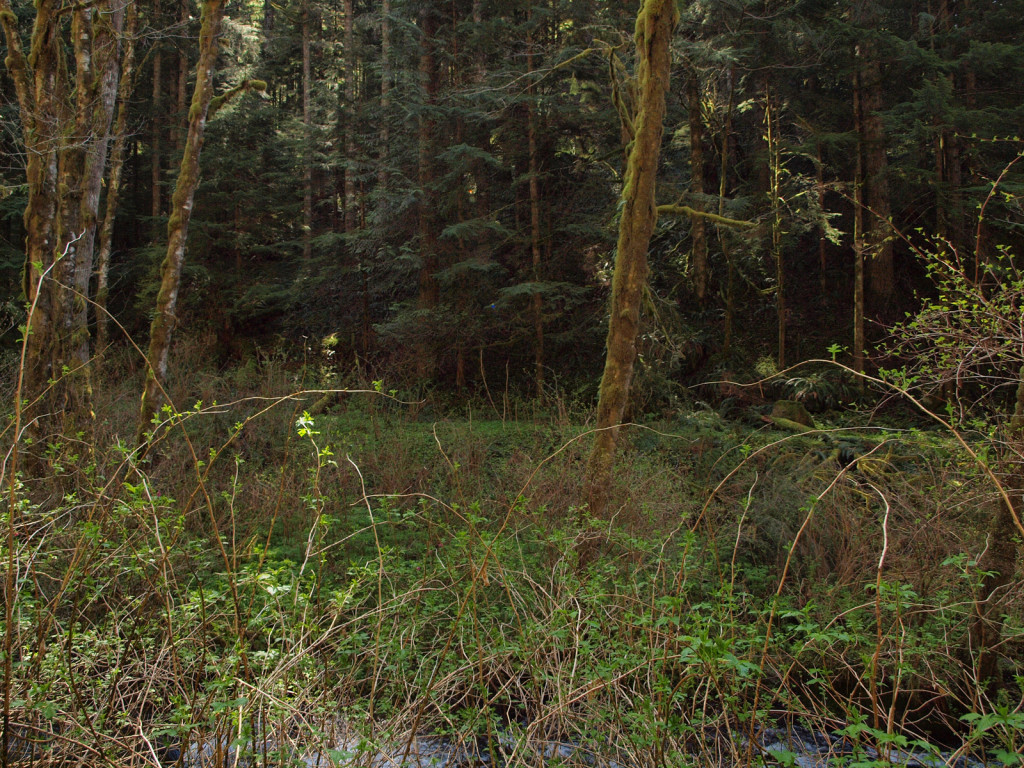 This flat area across the river on the road up is most likely the old log flume. It’s almost perfectly straight for several hundred feet and has a slight down grade. 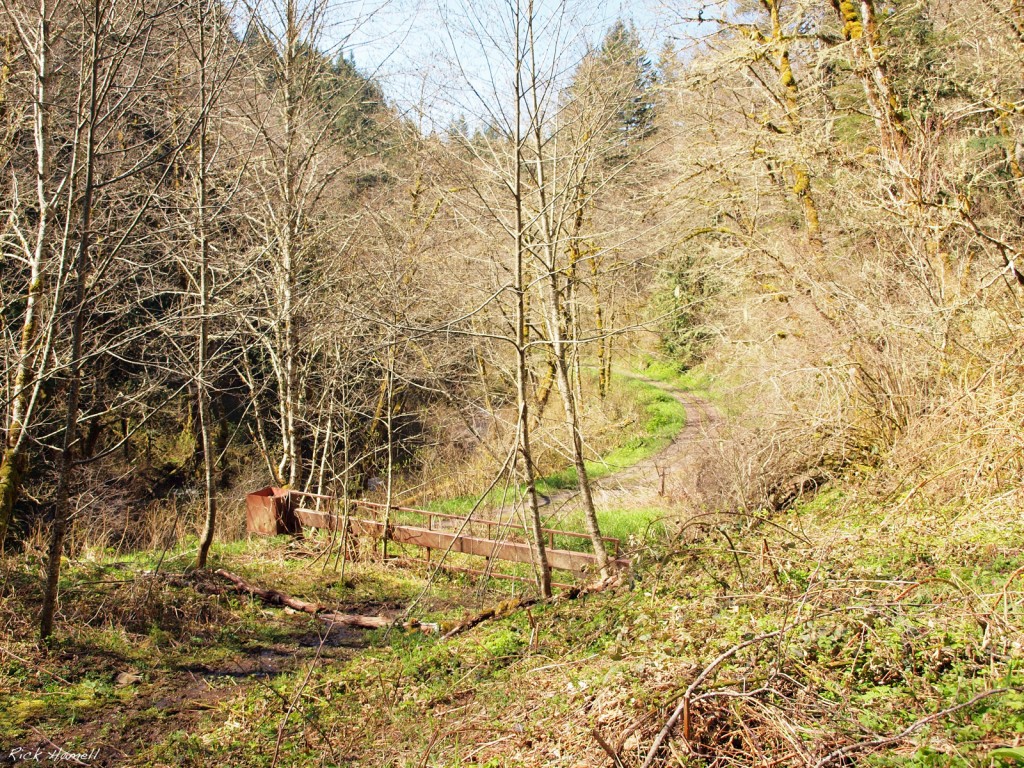 If you go directly to the left of this gate, down into the river, there is a straight ledge that spans the river. Unfortunately it’s so covered in vines that I couldn’t get a closer look or a picture. This is most likely part of the saw mill, and probably created the waterfall needed to power the saw. 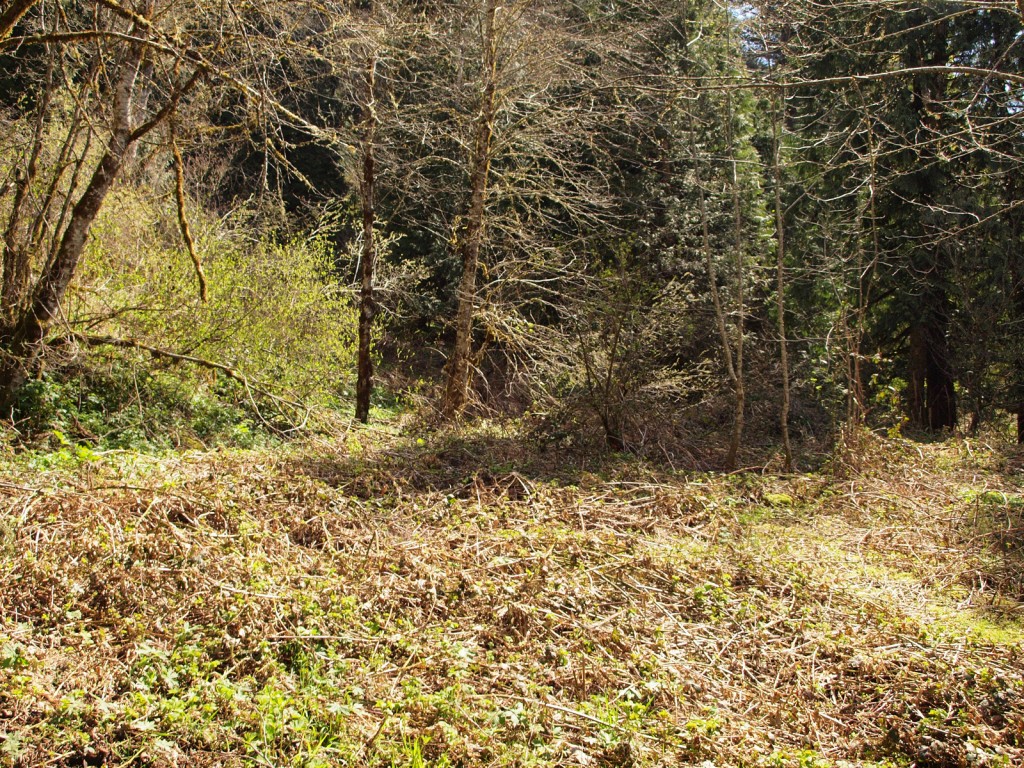 Under this brush I found a few pieces, old lumber and metal. Not sure if this is newer or dates all the way back to Palmer’s glory days. 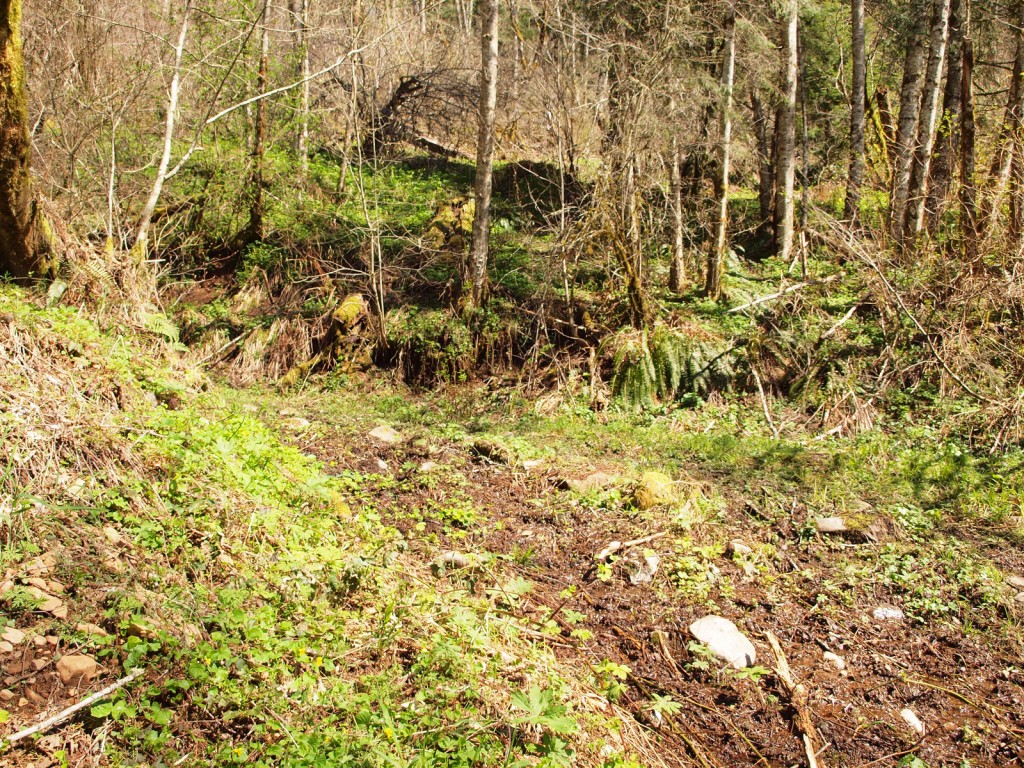 This looks to be a skid road to me. Logs were shoved down this “road” on to the receiver of the saw mill. They were then positioned in front of the saw, and cut.