Name: Concomly
Class: E4
GPS: 45.096549, -122.976951
Directions: Concomly is located on the corner of River Road, which parallels Interstate 5, and Concomly Road which crosses I-5 but has no freeway access. River Road can be accessed from Keizer. Concomly was 8 miles north of of Keizer.

Description:
One of the most important, but relatively unknown, people in the Pacific Northwest’s early history is a gentleman named Chief Comcomly. British fur trader Charles Bishop was the first European to write of the the chief in his journals. At the time he was only a secondary chief described as having an aggressive method of acquiring furs (presumedly from other Natives,) upriver. By the time Lewis and Clark meet him he was still a secondary chief, but was in charge of two villages. He was described as a shrewd, one eyed, trader.

But only a few years later when Jacob Astor had Fort Astoria built, Chief Comcomly dominated the fur trade with Europeans. He later became a good friend of Dr. John McLoughlin, and several of his daughters married prominent whites. He worked as a navigator in the Columbia River bay and continued to trade furs with Europeans. The Chief died in 1830, but suffered further indignities when his skull was taken to England in 1835 for “scientific studies.” His skull was returned 100 years later and is now buried in the Illwaco Washington Cemetery.

The name Comcomly or spelled more commonly Concomly was used by several other natives for the next several decades.

The “town” of Concomly was named after the Chief by the Oregon Electric Railway when they built a station at this location. From what little I can gather, the town seems to have been mostly a shipping depot and didn’t have much population. There wasn’t even enough people for an Post Office to even be established here. It also seems the town died pretty quickly. “Modern” Concomly consists of a church that looks like it’s the old train station and a warehouse, a small house on a large farm, and an abandoned farmhouse next to the church. 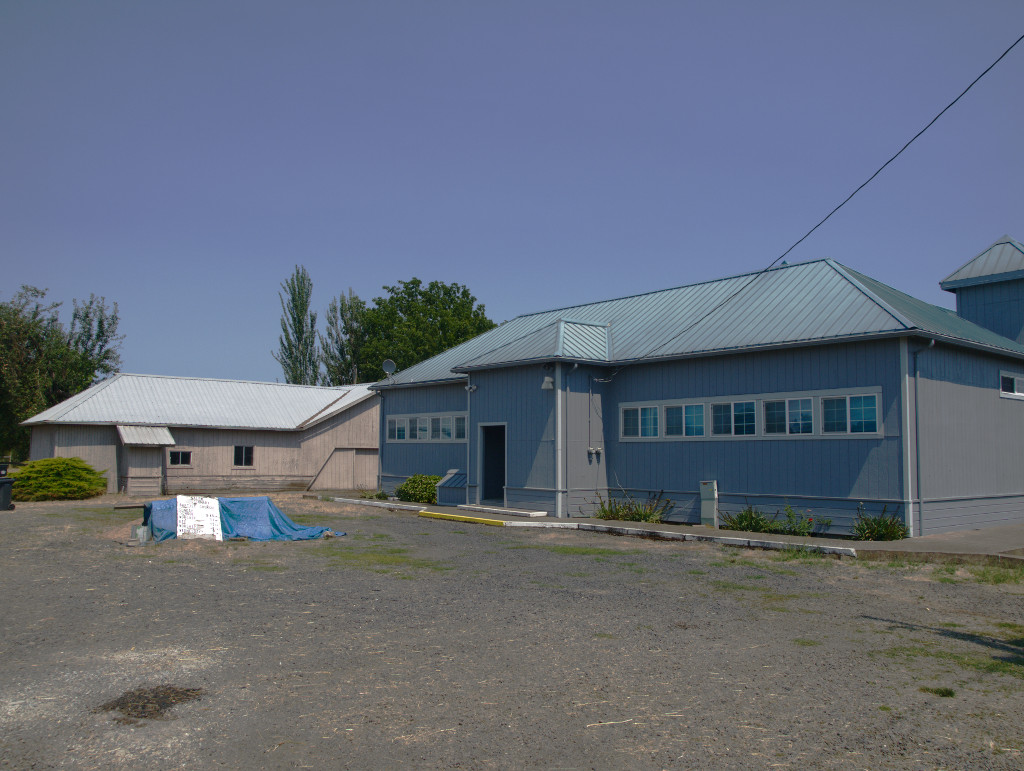 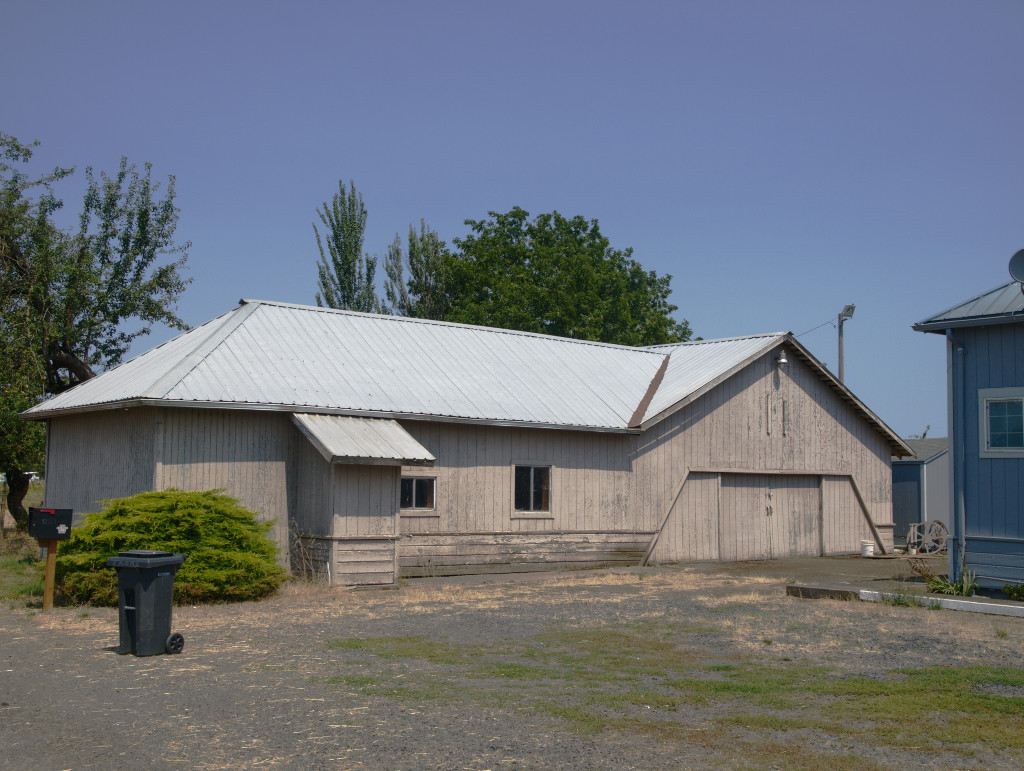 This building looks like it was a warehouse at one time. 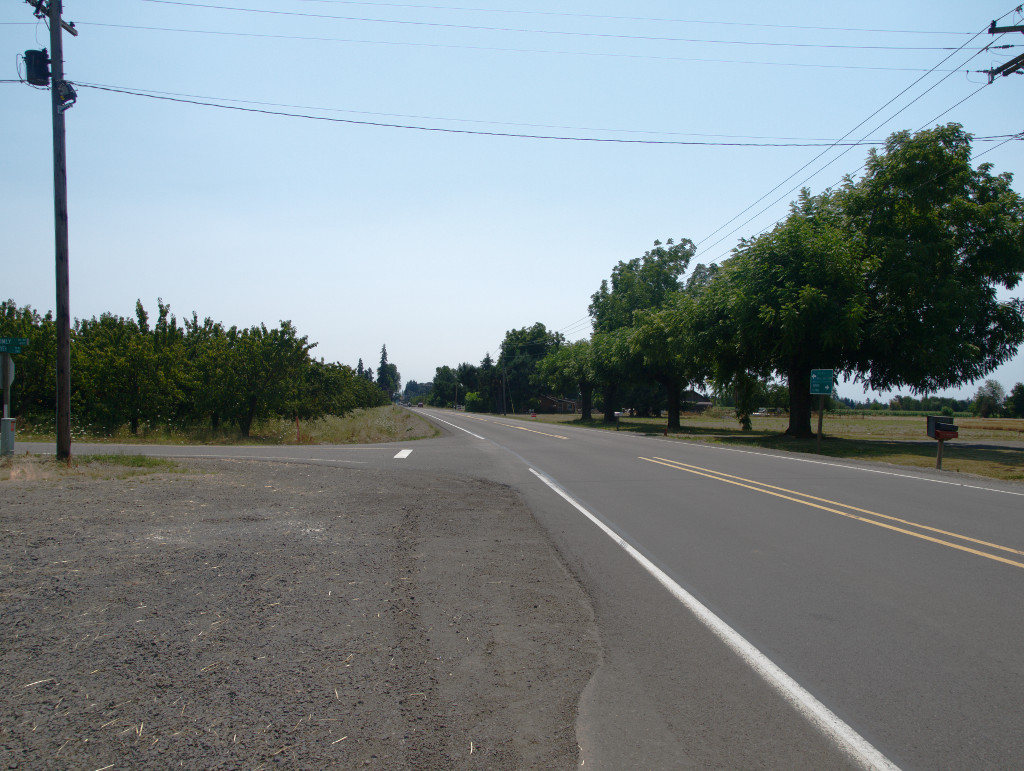 The view north, showing how lonely and quite it is here on Concomly. 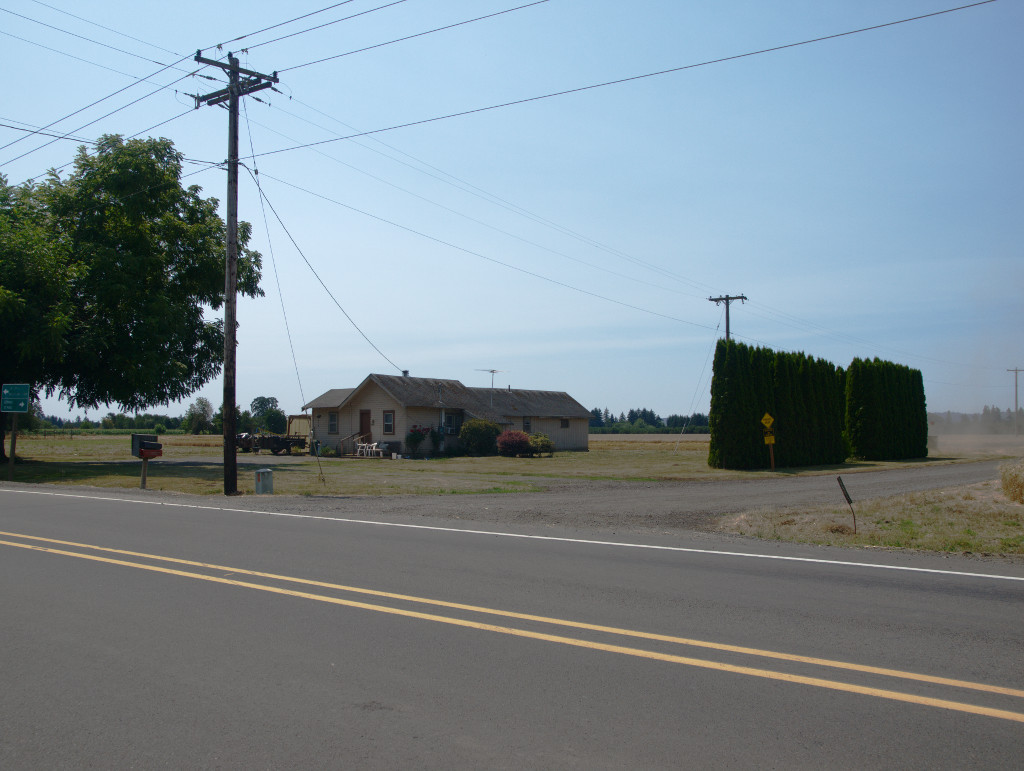 The farm across the street

A lonesome apple tree on the left goes unharvested as the residents here can no longer pick any.