There were three gold dredges in Sumpter, Oregon that were used to rip up the river bed and extract gold. Two of them are complete ruins, while the third one is now a restored museum.

The first picture is all that remains of one of the ruined dredges. The second picture shows a complete dredge and just how huge it really is. It’s amazing to me that the thing floats at all, much less in only a couple of feet of water. 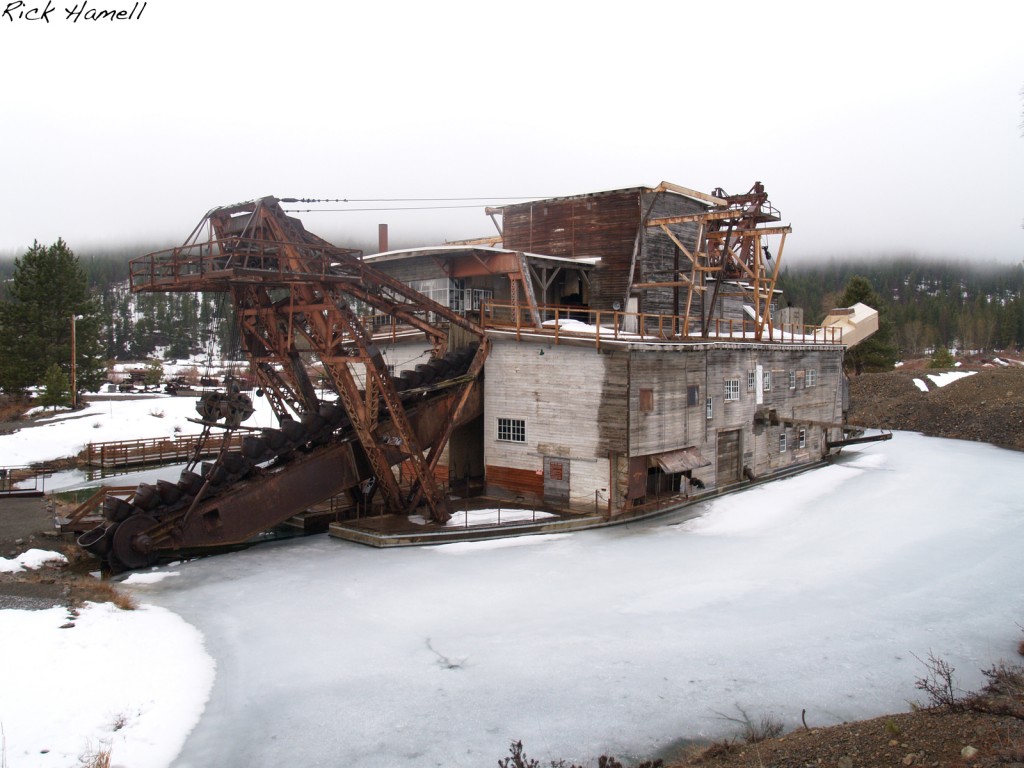 How these worked was actually very interesting. They would be placed upon a river, in this case the Powder River in what is now the Umatilla National Forest. The buckets on the front would pickup sand, rocks, mud and hopefully gold, from the river bottom. It would dig all the way down to the bedrock. Everything that was not gold was ejected out the rear of the dredge in a long trail. The dredge would snake back and forth across the entire flood plain in an effort to find gold.

The ironic part is that most of the gold is still there. The dredge could not pick up flakes and small chunks that lay directly on the bedrock. Nor did they crush the tailings to extract gold from the granite that is now laying in those tailing piles.

Several towns, among them Sumpter, sprung up to exploit the gold here. The Sumpter Valley Railway was built to move supplies and people between all these towns, while gold was shipped to Baker City, and lumber was moved from Whitney and Austin to support the building needs of these boom towns.