Echo is a historic town about twenty miles west of Pendleton Oregon. The opening page of the city’s website does a pretty good overview of the city history. One thing it fails to mention, is that original location was once called Brasfield Ferry. Oregon Geographic Names states that there is a story about the Ferry in the August 30th, 1931 Oregon Journal.

This is quite an interesting little town that takes it’s history pretty seriously. Most of the buildings in downtown have history signs on them and are kept up pretty well. 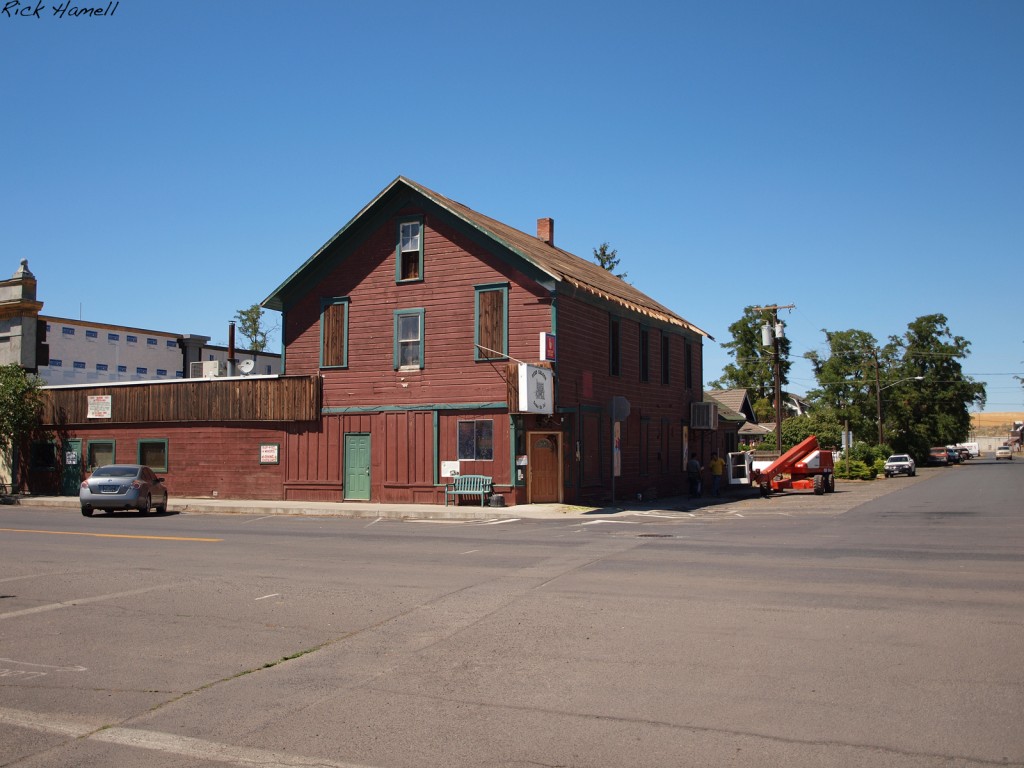 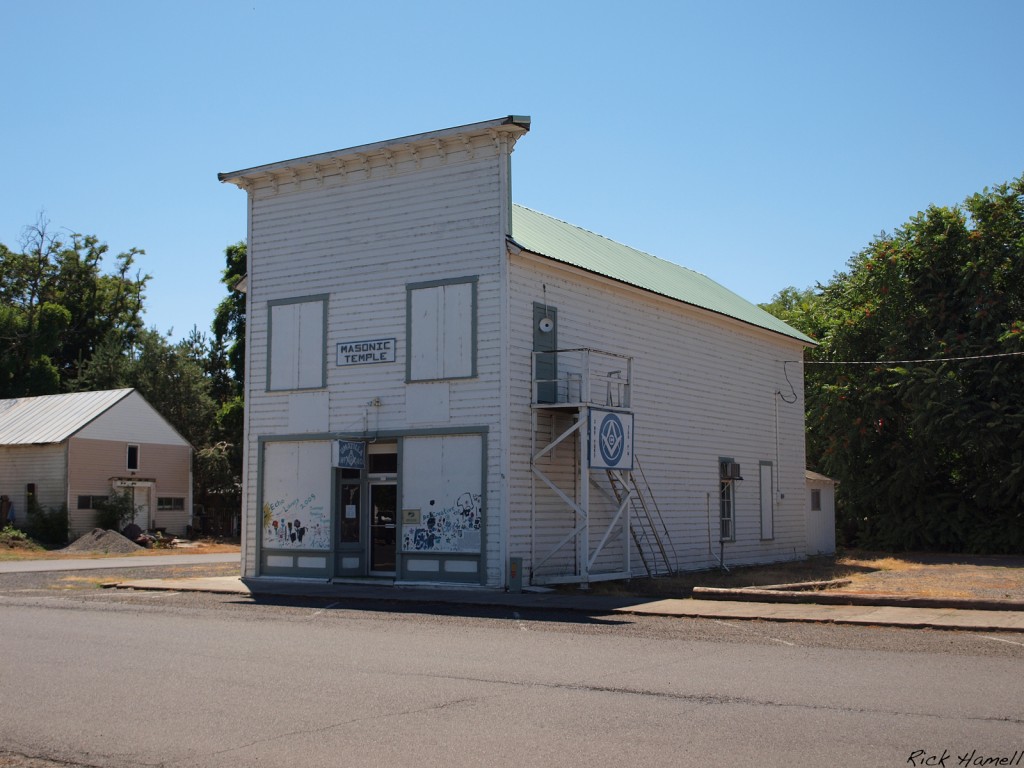 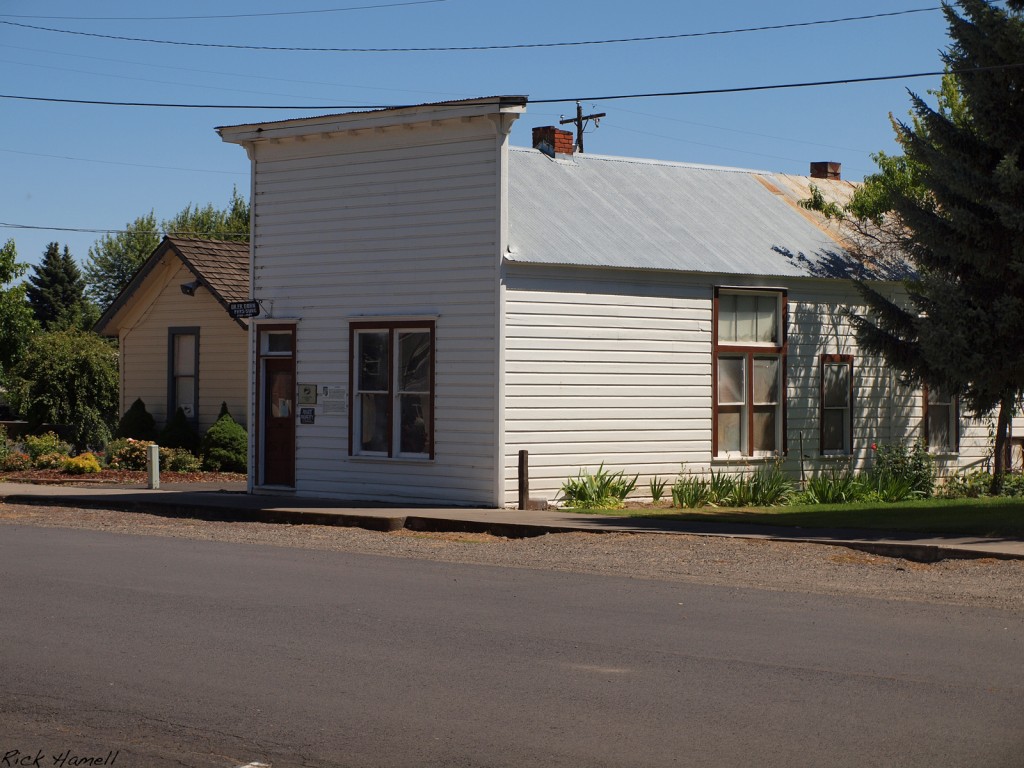 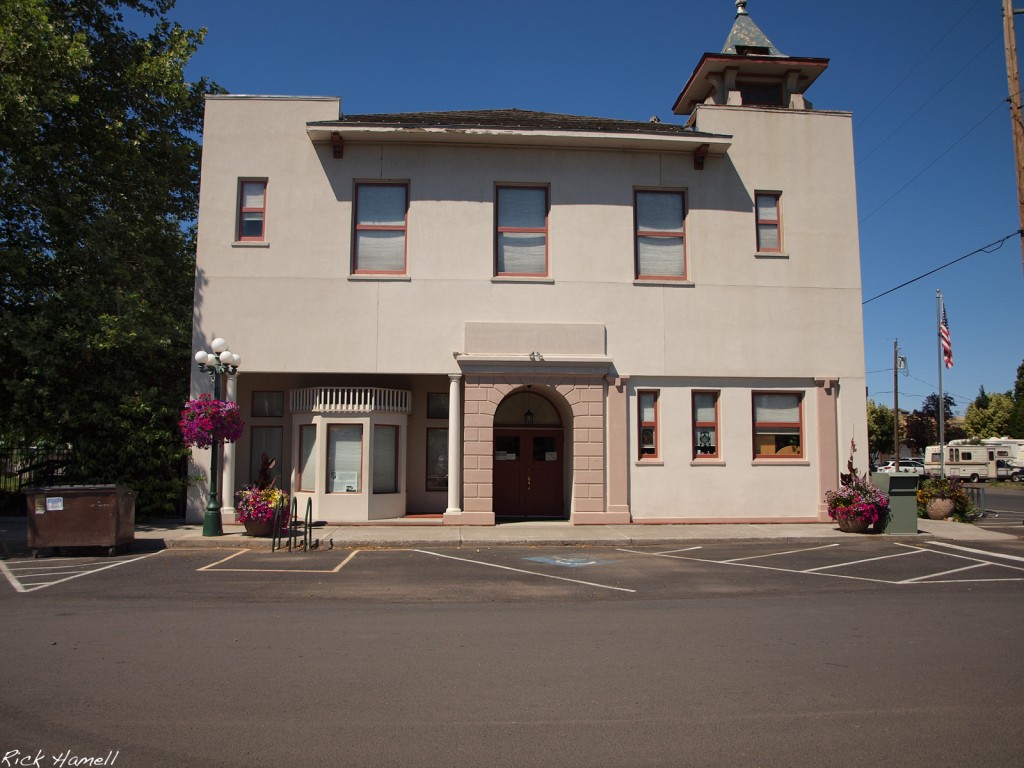 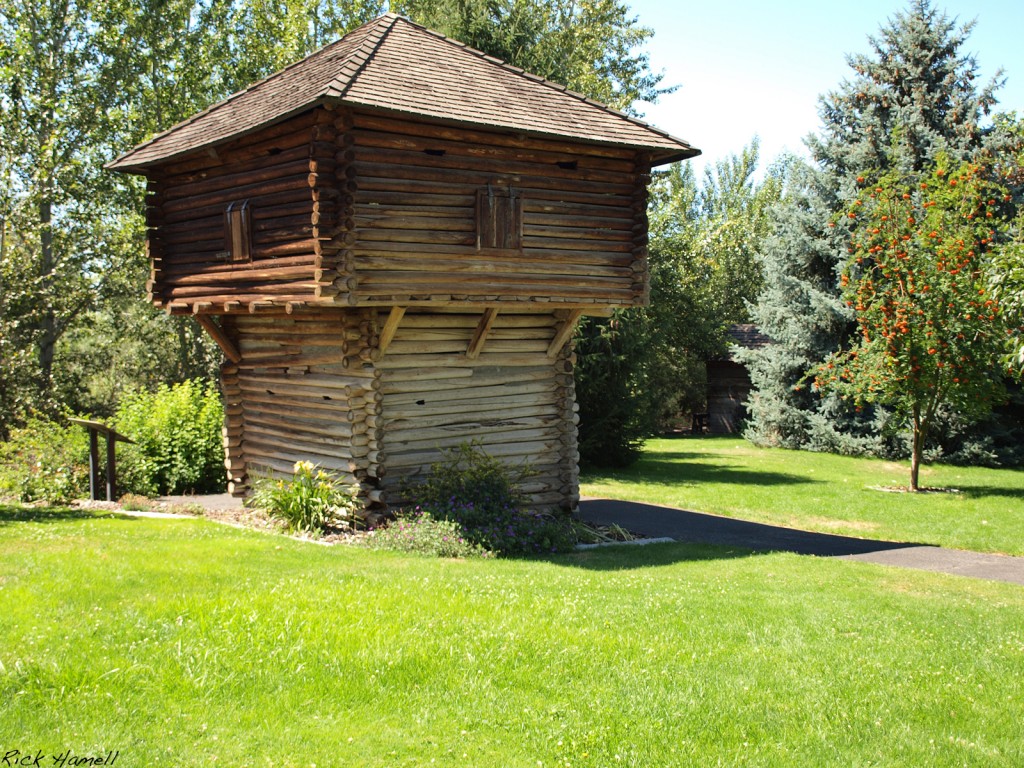 Echo is the home to the original Fort Henrietta. This is just a replica of the blockhouse. I doubt the leaning look is an actual feature of the original. 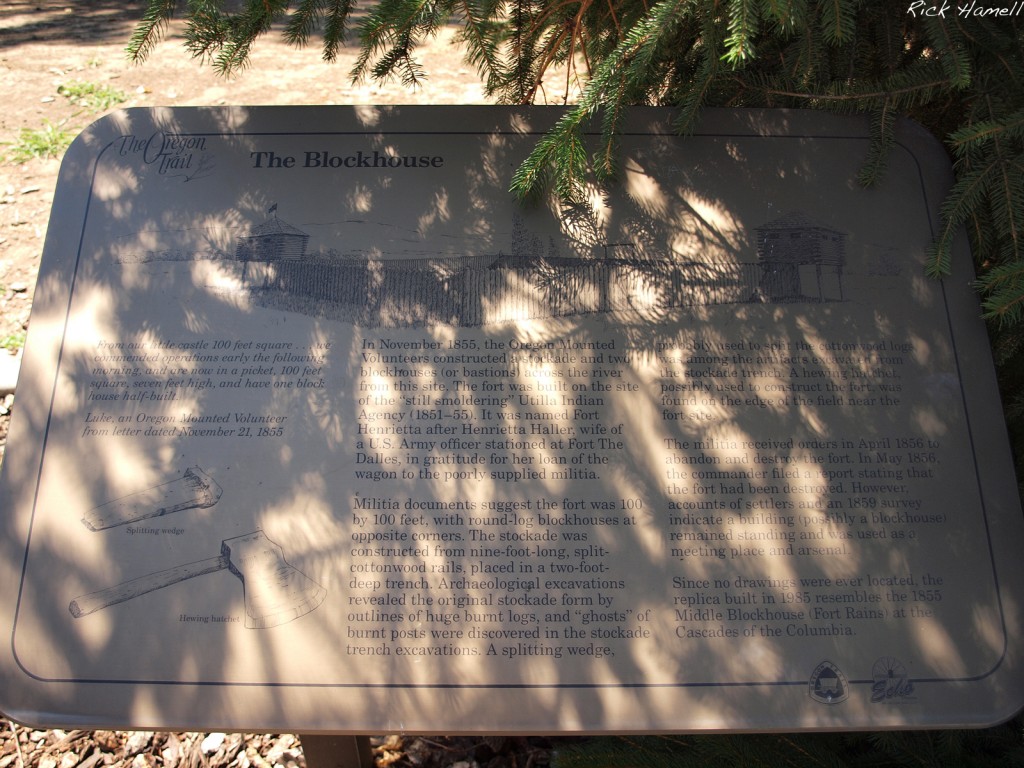 History Sign says: “In November 1855, the Oregon Mounted Volunteers constructed a stockade and blockhouses (or bastions) across the river from the site. The fort was built on the site of the “still smoldering” Utilla (misspelled from Umatilla?) Indian Agency (1851-55). It was named Fort Henrietta after Henrietta Haller, wife of a U.S. Army officer stationed at Fort The Dalles, in gratitude for her loan of the wagon to the poorly supplied militia.

Militia documents suggest the fort was 100 by 100 feet, with round-log blockhouses at opposite corners. The stockade was constructed from nine-foot-long, split cottonwood rails, placed in a two-foot-deep trench. Archaeological excavations revealed the original stockade form by outlines of huge burnt logs, and “ghosts” of burnt posts were discovered in the stockade trench excavations. A splitting wedge, probably used to split the cottonwood logs, was among the artifacts excavated from the stockade trench. A hewing hatchet, possibly used to construct the fort, was found on the edge of the field near the fort site.

The militia received orders in April 1856 to abandon and destroy the fort. In May 1856, the commander filed a report stating that the fort had been destroyed. However accounts of settlers and an 1859 survey indicate a building (possibly a blockhouse) remained standing and was used as a meeting place and arsenal.

Since no drawing were ever located, the replica built in 1985 resembles the 1855 Middle Blockhouse (Fort Rains) at the Cascades of the Columbia.” 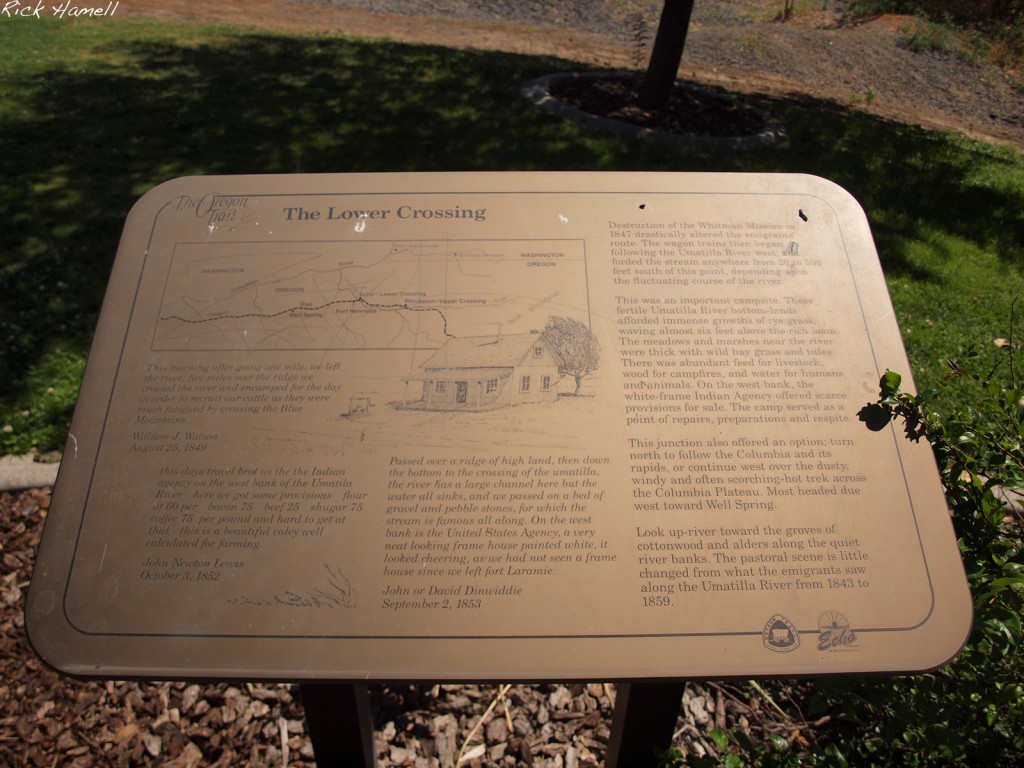 Sign says: “Destruction of the Whitman Mission in 1847, drastically altered the emigrants route. The wagon trains then began following the Umatilla River west, and forded the stream anywhere from 20 to 500 feet south of this point, depending upon the fluctuating course of the river.

This was an important campsite. These fertile Umatilla River bottom-lands afforded immense growths of rye grass, waving almost six feet above the rich loam. The meadows and marshes near the river were thick with wild hay grass and tules. There was abundant feed for livestock, wood for campfires, and water for humans and animals. On the west bank, the white-frame Indian Agency offered scarce provisions for sale. The camp served as a point of repairs, preparations and respite.

This junction also offered an option; turn north to follow the Columbia and its rapids, or continue west over the dusty, windy and often scorching-hot trek across the Columbia Plateau. Most headed due west toward Well Spring.

Look up-river toward the groves of cottonwood and alders along the quit river banks. The pastoral scene is little changed from what the emigrants saw along the Umatilla River from 1843 to 1859.” 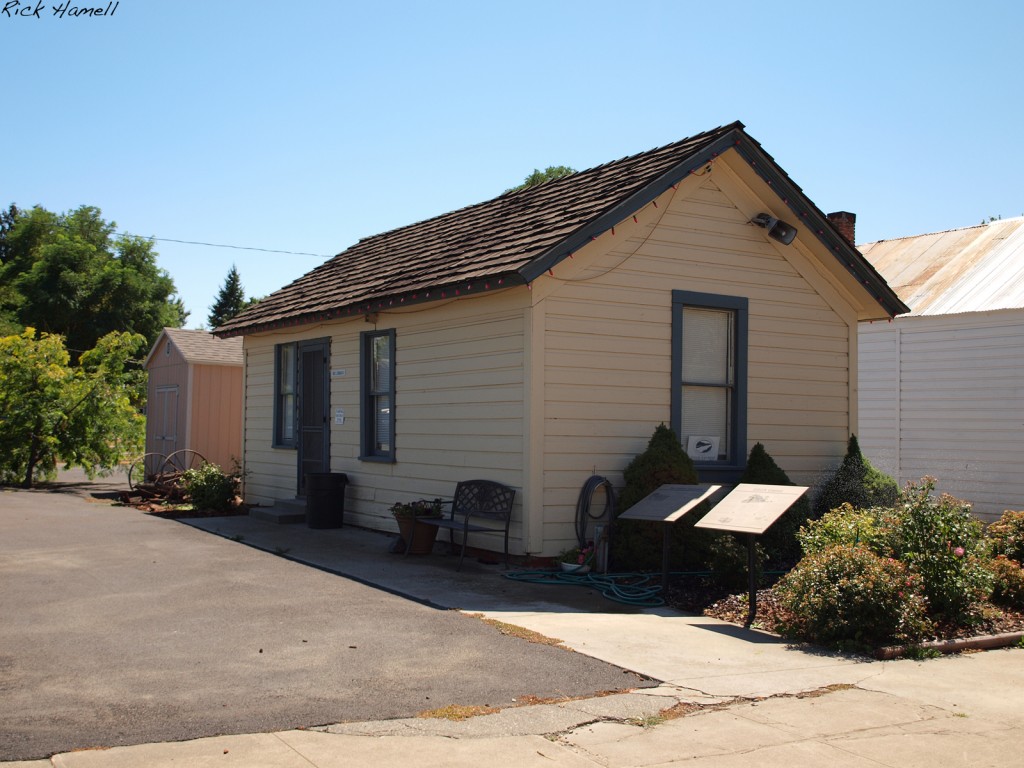 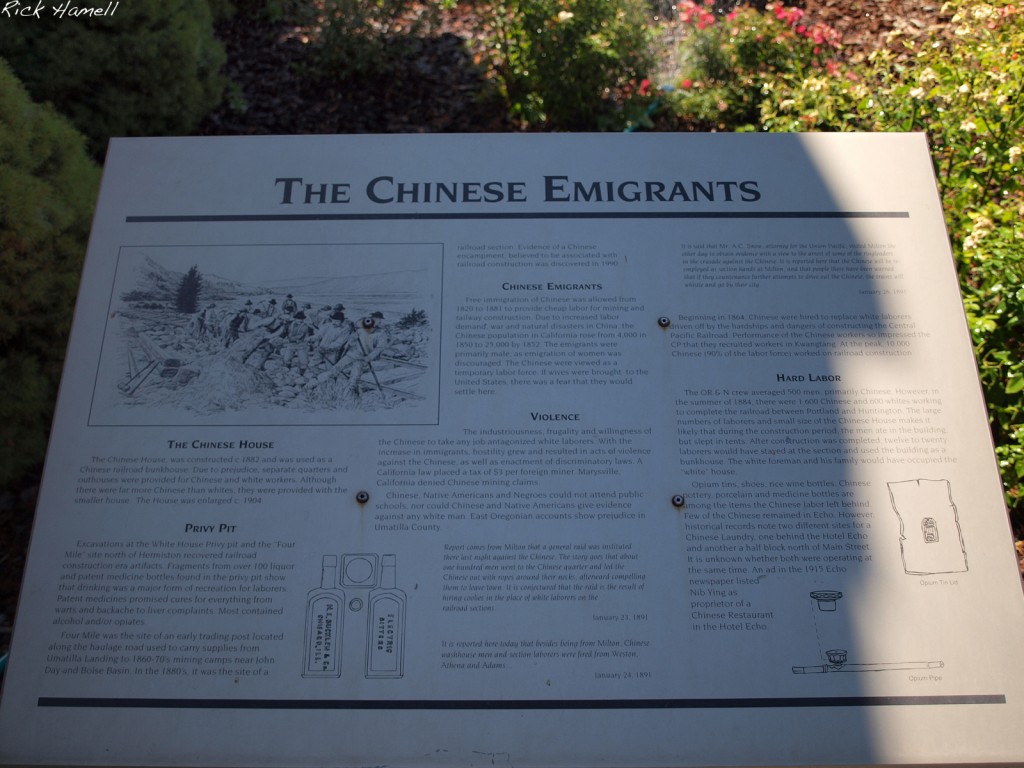 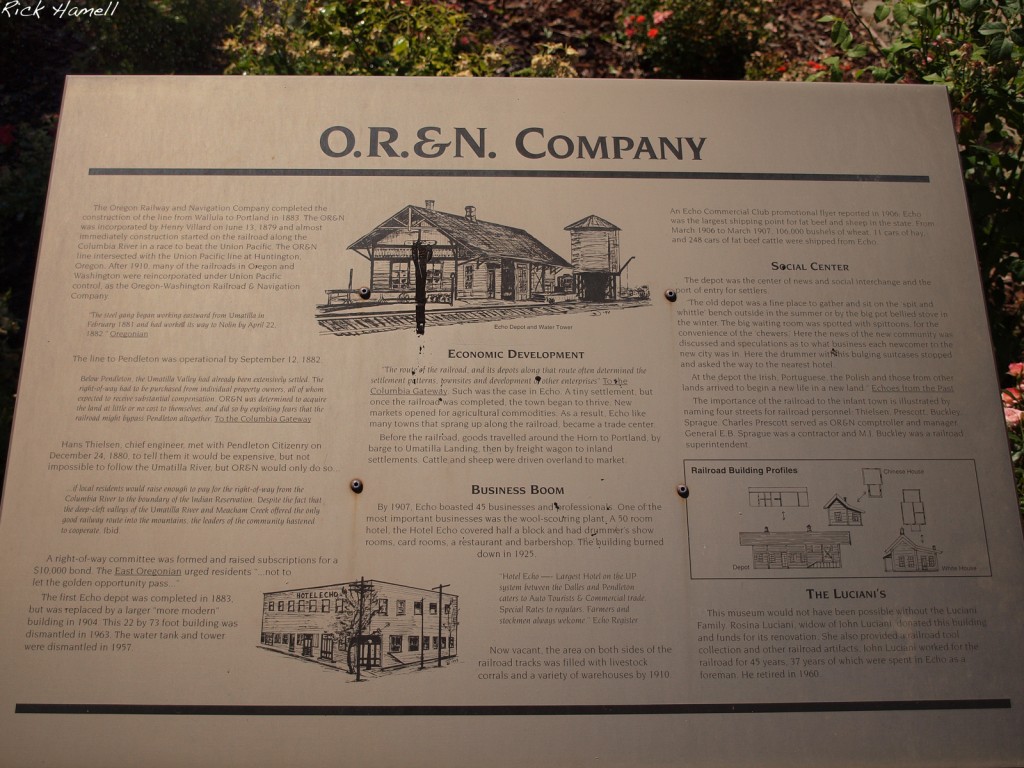 I’m not sure what type of barn this is, but the style is distinctive and I’ve seen similar versions.